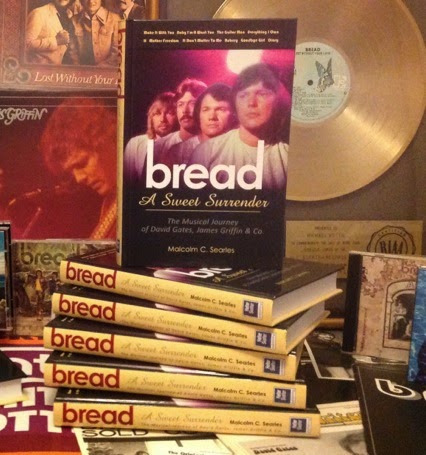 BREAD: A SWEET SURRENDER (The Musical Journey Of David Gates, James Griffin & Co.) is the very first biography of the 70s soft-rock icons… but you don’t just have to be a fan of such timeless ballads as “Make It With You”, “Everything I Own”, “Baby I’m-A Want You” and “Guitar Man” to appreciate the full story told within the pages here. The five members who passed through the ranks of this fine collective were seasoned professionals way before they combined to give us the soundtrack to a 1970s summer of romance.
Here are some facts about the band :
·
David Gates was one of the most in-demand songwriters, producers and arrangers during the 1960s Los Angeles session scene, working alongside a host of famous names and bands. Brian Wilson, Kim Fowley, Glen Campbell, JJ Cale, Leon Russell, The Monkees …
·
James Griffin headed out of Memphis, Tennessee at the youthful age of 19 to find fame and fortune in the Golden State, crossing paths with rockabilly kings The Burnette Brothers, Michael Z Gordon and Frank Sinatra along the way - in addition, he so nearly became a Beach Boy en route. He later won an Academy Award, alongside songwriting partner Robb Royer, for a song that Bread had thought about recording… but chose to pass over
·
Mike Botts was such a proficient young talent that he found himself providing drums and percussion for jazz legends Wes Montgomery and Jimmy Smith whilst still in his teens and, at one stage, he was also in the running to join up with the legendary Miles Davis backing band…
·
Larry Knechtel composed and arranged the piano introduction to “Bridge Over Troubled Water”, provided keyboards on “Pet Sounds”, and played bass on “Mr. Tambourine Man” and The Doors debut album. He was also one of Phil Spector’s ever-reliable ‘Wrecking Crew’ session team – and even turned down the offer of joining up with Elvis Presley’s infamous Vegas-band
… and all of this was before they came together a recorded a host of million selling albums and singles !

Written with the full collaboration of numerous family members, friends and musical associates, along with exclusive interviews with founding member Robb Royer, “BREAD: A SWEET SURRENDER” isn’t just the story of 70s soft-rock… it’s the story of a musical journey through an era.
Available in a limited, individually numbered, hardback edition - via
www.helterskelterpublishing.com

and all good UK book retailers. 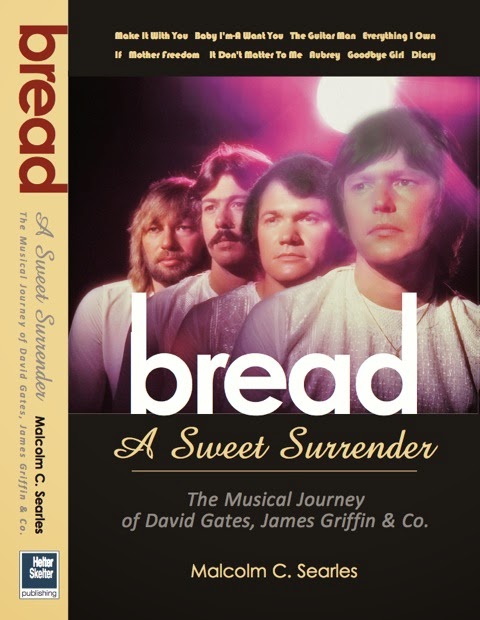