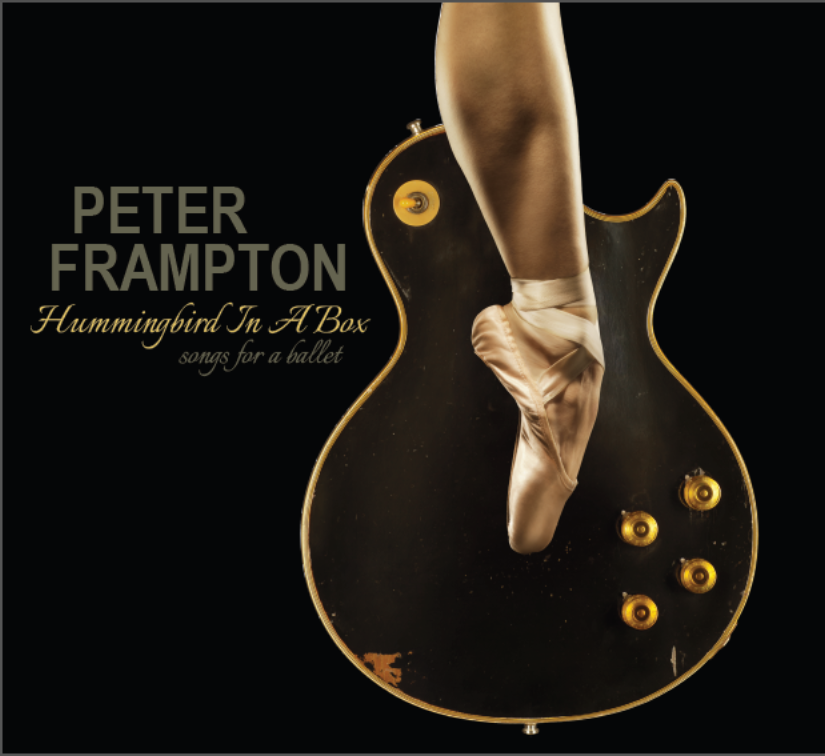 
RED DISTRIBUTION
Hummingbird in a Box, the latest work from legendary musician Peter Frampton, will be released June 24 via RED Distribution. The new music was inspired by the Cincinnati Ballet, featuring seven original guitar pieces in Frampton's virtuosic stylings. Frampton composed all songs on the mini-album along with Gordon Kennedy, who also co-produced the recording. The two previously teamed up for Fingerprints, which garnered them both a Grammy Award for Best Pop Instrumental Album.
The music debuted in April 2013 at Cincinnati’s Aronoff Center for the Arts. Two of the Cincinatti Ballet’s spring production’s segments were choreographed to existing Frampton music—with Frampton and his band performing live—while a third section featured the new composition by Frampton and Kennedy. Of the project Frampton notes, “Writing for dance was a wonderfully freeing experience. There were no boundaries. We were able to push the composing envelope,” and Kennedy furthers, “Songwriters and musicians create music to move people. This was beautiful, graceful, and instantly gratifying!”
Peter Frampton is one of the most celebrated artists and guitarists in rock history. At 16, he was lead singer and guitarist for the British band the Herd. At 18, he co-founded one of the first super groups, seminal rock act Humble Pie. His session work includes collaborations with such legendary artists as George Harrison, Harry Nilsson, David Bowie, Jerry Lee Lewis, Ringo Starr, John Entwistle and many others. His fifth solo album, the electrifying Frampton Comes Alive!, is one of the top-selling live records of all time.
Hummingbird in a Box Track Listing
1. The Promenade’s Retreat
2. Hummingbird In A Box
3. The One in 901
4. Friendly Fire
5. Heart To My Chest
6. Shadow Of My Mind
7. Norman Wisdom