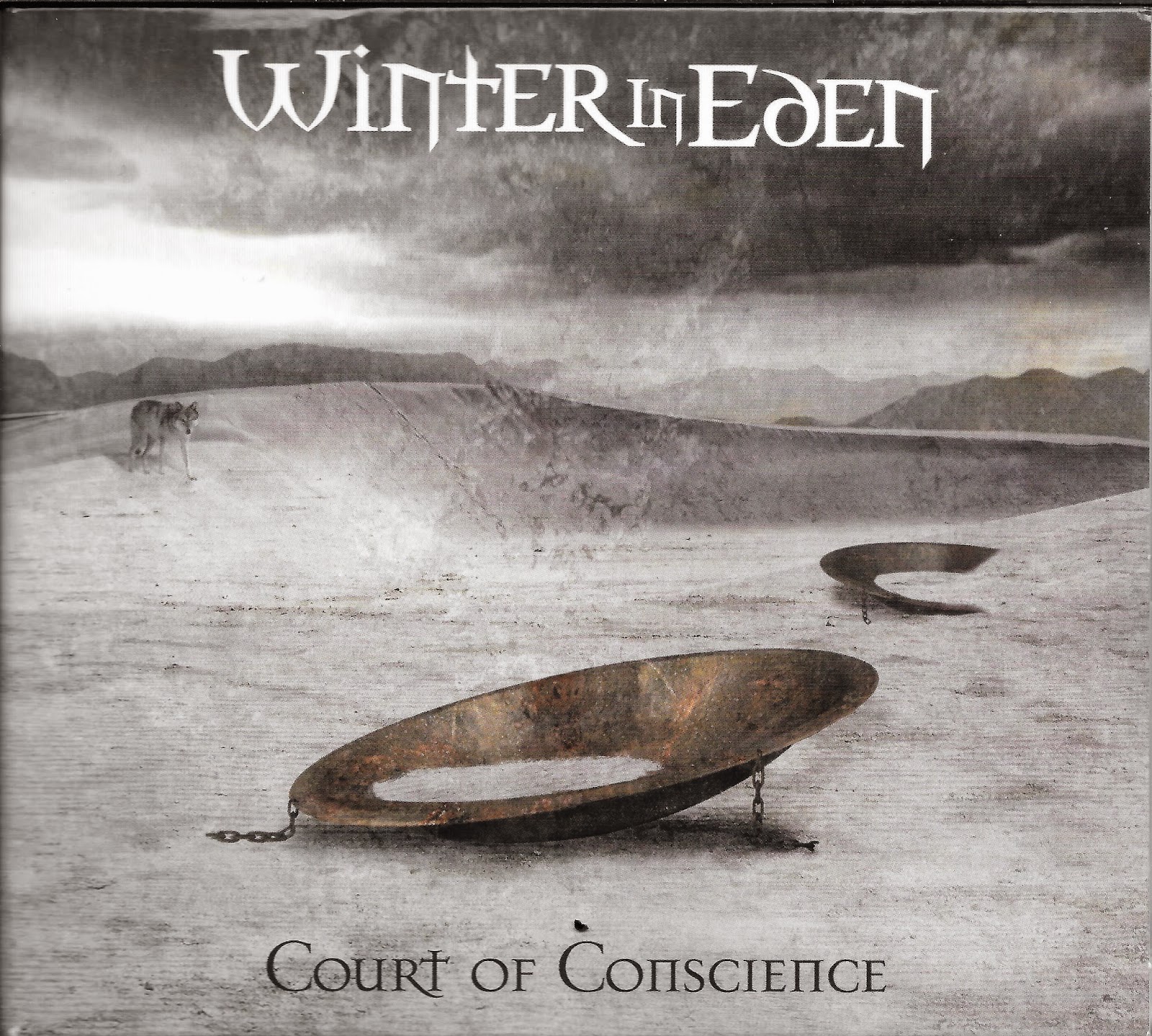 When a band is a half world away, it takes some time to get word to me. It's that way when living in a ten mile square town near the fourth largest city in the United States. I'm cool with it. Old enough to remember U.S. Postal Air Mail, and the introducing of zip codes. A few days, a couple weeks, better than months, for a physical CD because I hate MP3's. And besides, the band Winter In Eden hails from the same country as the best 24/7 classic rock station on the web...meaning classicrockradio.co.uk (of course). And with me being the American Correspondent, here again comes the wait. Well worth it in this case. A band I never heard of calling themselves Winter In Eden, and their semi-brand new release called Court Of Conscience.

For those who are not aware, Winter Of Eden is a twenty first century progressive rock band. This is not their first release. A couple EPs and full studios under their belt. Their first release coming out six years ago. Surprised to see how much I enjoy metal-prog, that it took me this long to hear of this band. Now I can play catch up. Something I would only want to do if I truly enjoyed what I so far heard. Which is true, I do like their Court Of Conscience studio release. Solid from start to finish. Every time I play the CD, I always end up hearing something in the background, or just a part of a song I didn't remember hearing before. All this means good things.

Music by the band, with lyrics by their female singer Vicky Johnson. A voice that reminds me of the Wilson Sisters (Ann and Nancy). Has a strong presence, yet angelic when the time warrants. I always dug female singers, as much as the males. A horrible voice and sophomoric words can ruin good music. Over-rides it just like it never existed. Not the case here. Admittedly I'm not really a lyrics person. Too much like poetry I'd rather forget. Vicky Johnson's words make you want to actually open the booklet that comes with the physical CD, and read along to her singing. In which I did more than one time.

The guys in the band do an excellent job. For progressive rock, there are many catchy segments. Off the bat, the music in the song 'Toxicate' caught my attention as did another track called 'The Script' as well. Perfect combinations of music and voice throughout the whole album. The special guest musicians adding to already perfect tracks.

Rating: Using the one to five star rating system where one star means total avoidance, to 5 stars which means it's cool to spend the hard earned cash on it, Uncle G gives Winter In Eden - Court Of Conscience...4.75 Stars! I love the artwork that graces the CD as well. Credited to Blacklake, The Netherlands.

Overall, very hard-rocking prog! The younger ones might label it Symphonic/Gothic Metal. Just so you know.

OH...I subtracted a quarter star. Maybe turn the keyboards up in the mix just a little bit more. Good work from Steve Johnson (and the rest of the band as well...just saying). Shouldn't be a strain to hear when engaged. Not a complaint, but more so a suggestion. One time a rather attractive female State Trooper caught me on an inter-state highway going 90 miles per hour coming home from a Black Sabbath concert. She subtracted over a hundred dollars from my wallet. Looking at it that way, only being a quarter star away from total perfection...pretty damn good.

Winter In Eden is

Video: From Court Of Conscience, this is Winter In Eden and a track called; With Intent