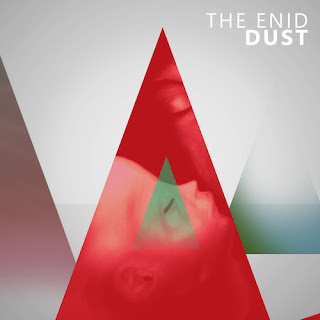 The Enid Announce Release Of Final Trilogy Album
‘DUST’ Released  April 1st
Prog pioneers The Enid have announced the release of new album ‘Dust’, the third and final chapter of their trilogy started in 2010 with ‘Journey’s End’ and followed by ‘Invicta’ in 2012. ‘Dust’, The Enid’s 14th studio record, is out on 1st April on the band’s Operation Seraphim label, closely following 2015’s ‘The Bridge’.
‘Dust’ represents The Enid at their very best, as they distance themselves from all preconceptions associated with the early instrumental phase of their career. “Dust is the last in the Journey’s End trilogy, telling the story of the band’s generational voyage from the past into the future’”- explains Enid’s founder Robert John Godfrey - “Needless to say this has been very much an evolutionary tale with many surprises along the way. This is by far the best of these albums.”

Born as symphonic rock and still regarded as a progressive outfit, The Enid has evolved into a cinematic, classically-influenced rock band acclaimed by both critics and public. With the addition of vocalist Joe Payne in 2011, their sound and live productions have taken a new direction combining Godfrey’s love for classical music with Payne’s taste for ground breaking pop artists such as David Bowie, Kate Bush and Peter Gabriel. Payne is often described by the prog community as the next Freddie Mercury, boasting a 5 octave range; he was crowned Best Male Vocalist in the 2015’ Prog magazine reader’s poll, where The Enid also scooped Band of the Year and Godfrey made Best Keyboardist. ‘The Bridge Show’, which pushed boundaries in their use of visual art and political and social context, was also nominated for ‘Best Live Event’ at the 2015 Prog Awards.
The current Dust Tour is an eccentric, ambitious audio-visual production directed by TV illusionist Simon Drake (Secret Cabaret), who previously worked with Kate Bush on her Tour of Life. The show is an acknowledgement to the band’s fan club “The Enidi”; members will receive 10% discount on tickets and access to an exclusive intimate after-show reception on the last date of the tour, at London Cadogan Hall on 2nd April.
Seminal prog act The Enid started their adventure in 1976 with debut ‘In The Region of the Summer Stars”. Punk was just taking over the rock scene, but The Enid won everyone over with their politically incorrect covers and ironic takes on classical music, which Godfrey always regarded as being 'just as anarchic as anything by the Sex Pistols’. Their 5th studio release, 1983’s ‘Something Wicked This Way Comes’, was a game changer: it was the first Enid album to feature lyrics and the first album ever to be completely crowd-funded through their fan club.
Resident musical director with Barclay James Harvest From 1968 to 1971, Tommy Vance (Radio 1) described John Godfrey “one of the greatest composers Great Britain has ever produced”. Godfrey has been acknowledged by the music industry in numerous ways over the last few years, highlighting the contributions he has made to the arts. He was recently presented with the Visionary Award at the Progressive Music Awards 2014 and was announced as one of the top 100 composers of all time in the Classic FM Hall of Fame.


*This show will be a standing event.
Catalogue number – EWCD31 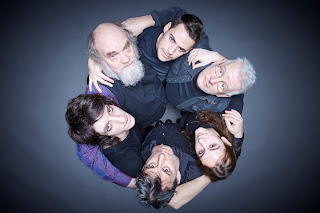