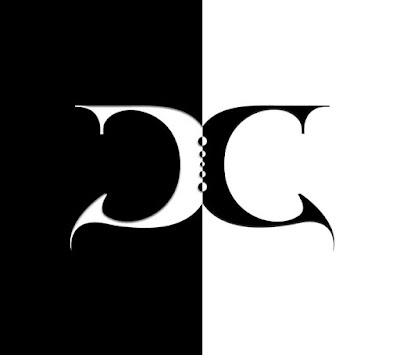 So there I am one evening doing much of nothing, scrolling my Facebook wall, when I see mention of a new progressive rock band out of New Jersey called; Cabinets of Curiosity. A seven piece band consisting of five males, and two females. All appearing to be in age around the twenty something range. All members having a healthy appreciation for progressive rock bands of the past; King Crimson, Jethro Tull, and Yes, just naming a few. Giants of prog rock's past. Yet Cabinets of Curiosity make it clear that they are very much a modern day unit, with a very in your face, twenty first century sound.

So I find the band's official Facebook page, and see pretty much right away, that the guitarist / songwriter, James Naprawa, is seriously into Yes' guitar player Steve Howe. My inner voice yells out; "I am too!" So of course, I keep scrolling. Other posts I find very favorable as well. I tell myself "okay", and proceed to secure their brand new debut EP CD, in which is called; Cabinets of Curiosity - Eponymous.


The debut Cabinets of Curiosity EP entitled Eponymous was released in the Spring of 2016. Recorded in a very scenic New Jersey town called, Bordentown. The EP has a running time of about twenty six or so minutes long, in which includes a hidden track that is close to four minutes. More about that later.

The Cabinets of Curiosity EP 'Eponymous' starts off with a song called, Dr. Quantum. A tight rocker with a Jethro Tull kind of vibe to it. And not only because it has a flute in it. For Kristina does not try copying the playing style of Jethro Tull's Ian Anderson, but instead plays her own style, which naturally fits everything else I'm hearing just fine. Add some badass saxophone playing. Along with keys, guitar, bass and drum, the group is so tight, they could stop on a dime if needed to. James Brown had a band like that, as did Frank Zappa (Mothers of Invention). Plus Natalie's vocal literally jumps right out at you. Smacks you right upside the head. All this combines for a very powerful introduction track (Dr. Quantum), that when primed, equates to a musical wall of sound that can move buildings.

More follows on the second track; Nowhere Near The Blade. An almost seven minute song that builds as it goes. Very proggy! Could be my favorite song on here? Well written, and is presented musically in a way that holds my attention. Got some earworm material here. Nat's in a trance with her vocals and at one point reminds one of someone possessed.

Not one musician in Cabinets of Curiosity does any slacking throughout. Jared Hirst on bass and Matt Montagano on drums seem a perfect pair. And could you even have a prog rock band without a gifted keyboard player? That answer would be, the opposite of yes. I hear good things, and expect more in the future of Cabinets of Curiosity keyboardist, Joe Oliver. Add the electric guitar playing of James Naprawa, and at all the right times.

The third track is called, The Abducted. The song itself is a mellow number, then the two tracks before this one. Anthony saxophone helps kind of push it over the edge.

The last song on the Cabinets of Curiosity - Eponymous EP is called, Nobody's Angel. By this time, after hearing the first three songs, one is getting accustomed to the band's music, and their vocalist. Makes for a cool closing number.

Hidden Track: A little studio fun! Kind of strange. Natalie seems to be having a good time. Has a certain Beatles quirkiness to it. Absolutely trippy!

Using the one to five star rating system, whereas one star means it's not worth paying attention to, to five stars which means it's solid enough to buy, Uncle G rates the debut EP, Cabinets of Curiosity - Eponymous … 5 stars! All day long! I love the seven piece band format. A regular five piece prog-rock band with a full time flutist, and saxophone player. Presents lots of possibilities. A bright future for this group should be in store. Long live prog-rock, and those who keep the vibe alive!