Classic Rock Radio: Congratulations on the new release / collaboration with Roine Stolt (The Flower Kings / Transatlantic) entitled, Invention Of Knowledge. For those unaware, it's available now through InsideOut Music, via your favorite music retailer. 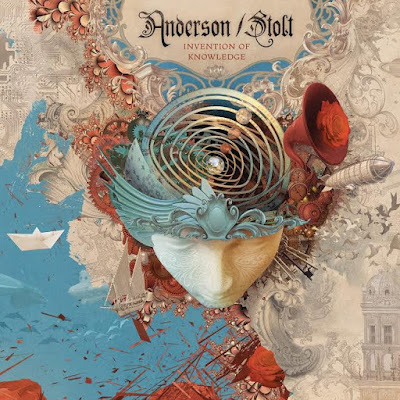 Classic Rock Radio: Invention Of Knowledge is a little over an hour long, and is comprised of four musical compositions. The longest being the title track, that comes in at almost twenty four minutes, to the shortest track which clocks in at around a little over eleven minutes. Was it imagined from the start that the songs on this new collaboration with Roine Stolt, be longer pieces of music, or did it just work out that way?

Jon Anderson: I always felt we should work on the long form musical journey concept right away...Roine's vision and mine were so on the same path...and after I sent him the songs I had in mind, he very quickly replaced some of the original music and sent his unique take on them, which really helped me add lyrical ideas and make everything connect and expand to create the design that it became, it was always a great surprise to hear the music evolve the way it did. 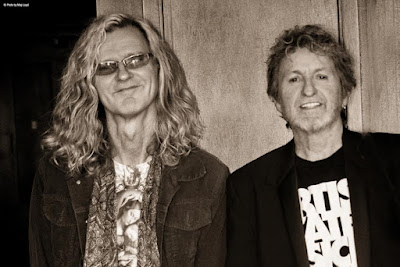 Classic Rock Radio: How do you know when doing lyrics for a song, that it's complete? When finished, do you ever go back to it for a re-write, or do you just move on to something new?

Jon Anderson: Interesting question, I seem to write lyrics as I sing that first idea, in my minds eye, I get a feeling of what I want to say, and the words flow out like a fountain of expression, later on as everything starts to click, I change a word or phrase, sometimes it's a last minute idea that needs a word changed...but it's always fun, and at times, I will listen to what I wrote 30 years ago like 'Song of Seven', and think 'wow, I was really dancing an interesting word dance, lyrically'.

Classic Rock Radio: As a long time fan of your music, I can comment that the music of Anderson / Stolt - Invention Of Knowledge sounds remarkable so much like a Jon Anderson album would / should sound like. I take it you were pleased with the outcome. Being progressive music, how would you compare it to some of your other past musical accomplishments?

Jon Anderson: I truly feel that this album is like the 'corner stone' of my artistic life...as though I can really move forward and challenge myself more and more, and I thank the musical Gods for introducing me to Roine..I'm very excited for people to relax and enjoy the journey...

Classic Rock Radio: Having worked in various studios creating music with groups / individuals, and then also by using a computer and sharing files back and forth as is how this album was created, what are the pros and cons of working each way?

Jon Anderson: Well as I say 'we are all on the same planet,' so the Internet is an amazing tool for progress, in a way it cuts out the meandering that can happen when you have a group of people looking for a musical or artistic breakthrough all in one room, I do remember the days, when I would go home, thinking, 'that was a waste of a day'.

With this new form of creating via the Internet, I find it so much easier to go into my studio, or on my 'laptop' download the music from someone out there, and all of a sudden I'm singing ideas that I would never of thought of, that's the beauty of the modern studio system..

Classic Rock Radio: Lastly, and knowing how busy you have been keeping yourself as of late, do you think it possible that Anderson / Stolt might be hitting the road for some concert dates? If not a full tour, then just maybe a few shows for recording.

Jon Anderson: I really feel it would be just the best to perform 'Invention of Knowledge', plus another couple of songs we didn't finish, and maybe 'Open' with a large choir and orchestra, I think it would be a dream to do that.