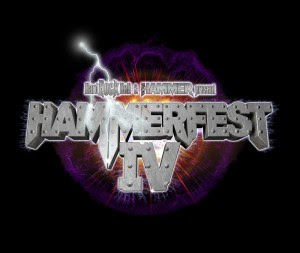 Following an incredible European rout of everything musical, 2011 has seen Skindreds career catapult them into the premiership and up their capacities round the globe. Its with great pleasure Benji and the boys take the Saturday night throne at Hammerfest 4 and do what they do best….blow yer face off with an onslaught of their self styled ragga metal. Skindred fans can expect a headline set from hell with a few surprises thrown in, just to rock the foundations of Prestatyn that bit more.

Making their HF debut, are Heavens Basement, who are no strangers to the scene but are well up for leading the charge on the special sounds stage on Friday. After a gruelling 3 years of non stop touring, we felt it was right for them to join the HF ranks and give it to us full throttle.

Line up for Hammerfest 4 now stands as:

www.hammerfest.co.uk/tickets
Posted by Jon Kirkman at 10:36