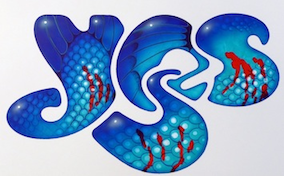 ‘Fly From Here’, the latest studio effort from YES – the first in ten years – was welcomed enthusiastically by fans and critics alike. Trevor Horn was back on the producer’s seat for the occasion, and Guitarist Magazine gave the album five stars, calling it ‘a positive delight’.

Proud of their new creation as much as they are of their legendary past, YES will perform tracks from ‘Fly From Here’ as well as timeless hits from albums ‘Drama’, ‘Fragile’, ‘Close To The Edge’ and ‘90125’. The band’s prolific back catalogue is a showcase of powerful progressive compositions, which have influenced generations of musicians and pushed
the cutting edge of art-rock music to its limits.

Between the unforgettable classics expected on the set list is the group’s popular single “Owner of a Lonely Heart” and ‘Roundabout’, a seminal hit that, from Howe’s signature guitar work to Squire’s bass-line approach to the use of synthesizers and sound effects, contributed to crown YES as major pioneers of the genre.

With an array of timeless songs this undoubtedly promises to be an evening of music not to be missed.

All tickets subject to booking fee.

YES’ remarkable career has served to re-define the boundaries of rock
for more than four decades. The band has been dominant driving music force
selling over 30 million albums, reaching platinum status multiple times
worldwide. Their symphonic use of sound and innovative musical styles have made
each of the group’s members a virtuoso in his own right.

www.yesworld.com
Posted by Jon Kirkman at 11:16

Email ThisBlogThis!Share to TwitterShare to FacebookShare to Pinterest
Labels: British Tour, Progressive Rock, We Can Fly From Here, Yes