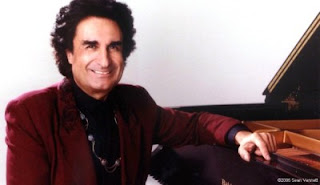 The legendary keyboardist Patrick Moraz plays a rare concert in Switzerland at the end of October.Patrick has had a hugely successful solo career over the last forty plus years and released albums including The Story of i, Patrick Moraz and Future Memories. In the eighties Patrick formed a duo with former Yes and King Crimson drummer Bill Bruford and over the years has also played with the bands Mainhorse, Refugee, Yes and the Moody Blues. The concert is billed as Patrick Moraz and Friends and the details are below along with telephone numbers and website for booking tickets.

Patrick recently released two archive releases both live. The first is with former Yes drummer Bill Bruford and the second a solo live recording from Abbey Road Studios These releases along with many other Patrick Moraz albums can be purchased here :
http://www.floatingworldrecords.co.uk/artists/patrick-moraz/