Kompendium Release Concept Album with Who's Who of Prog! 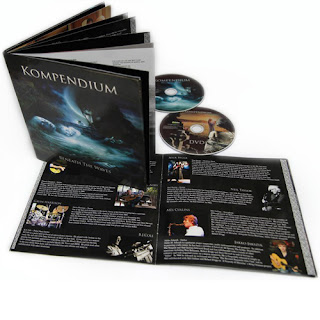 prog’s highest talents get together
to create the ultimate concept album
In an era of disposable music and throwaway icons, over two dozens timeless artists joined forces to create a concept album that brings back to life ‘the tradition of War of the Worlds, Dark Side of the Moon and Tubular Bells’.

Born as a personal challenge for celebrated producer/composer Rob Reed (Magenta, ChimpanA) to find the lost spirit of the 70s epic albums, the Kompendium project quickly attracted an array of significant figures and different styles. The result was Beneath the Waves, a record bursting with emotions, intensity and a rare amount of talent.

Beneath the Waves blends Celtic music with Rock and Classical to bring the listener through a unique journey. Lead vocalist Steve Balsamo (Jesus Christ Superstar) gives emphasis to the strong melodies and rich textures, turning back time to the feeling of anticipation as the needle was about to hit the vinyl.
‘An astonishing album of passion and intensity’ according to Classic Rock,

‘Beneath The Waves will have you diving back in time and time again’, concludes Prog.

Touching ballad Lilly, where an emotional Angharad Brinn on vocals teams up with Steve Hackett’s classic guitar, is only one breathtaking fragment of an album that can be surprising yet incredibly cohesive. Watch the video here: 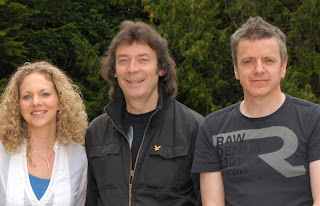 A dark fairy-tale of love, death, sea and the afterlife, told by a gifted collective of infinite talent: here comes the album you thought you could only dream of. The wait is over.

Check the Bands website for more details and to get your copy.