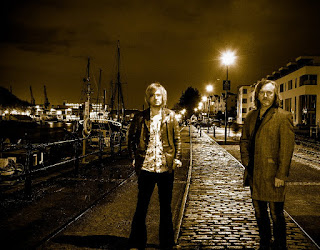 Award-winning band The Union were last night forced to cut-short their date at London’s Islington Academy after the band’s lead singer, Peter Shoulder, was taken ill onstage and was unable to continue.
Shoulder, who has been suffering with flu over the past week, hoped his condition would improve after a day’s rest. However, four songs into last night’s show the singer completely lost it and was unable to continue.
A statement from The Union reads as follows:

“Following our curtailed show in London last night due to Peter being taken ill with a heavy bout of flu, we have been regrettably been forced to postpone all remaining dates of our UK tour. Taking into account medical advice, and the fact that we have no wish to put on a Union show that is sub-standard in any way, we have taken the difficult decision to reschedule the shows. We will announce the new dates as soon as possible. We are extremely disappointed as the tour was proving to be our most successful to date but, under the circumstances, we feel we have no choice. Peter and the band would like to thank everybody for the all the messages of support received and we promise to make the rescheduled dates as special as possible.”

All tickets for the postponed tour dates, including the Islington Academy date, will remain valid for the rescheduled dates.
www.facebook.com/theuniononline
http://www.theuniononline.com/official/
Posted by Jon Kirkman at 13:07