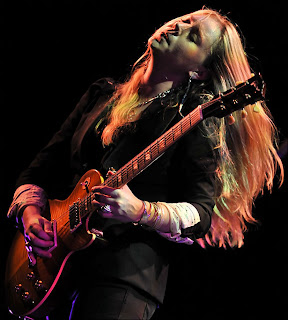 Joanne’s recent Borderline concert was filmed for a live DVD/CD that will coincide with her November UK tour dates. The live recording will be released as part of RufRecords’ ongoing Songs From The Road 2 disc DVD/CDs. Previous releases in the live series include Luther Allison, Jeff Healey, and Savoy Brown.