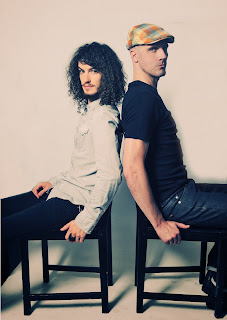 Oli Brown, the multi-award winning guitarist and singer, will tour the UK throughout December as a duo with Canadian percussion star Lyle Molzan for a series of stripped-down, intimate live dates.

Renowned for his incendiary live shows, Brown’s forthcoming tour will be unlike anything his fans will have seen before, as he reveals, “I’m going to be performing solo for the first part of the set, which I’ve never done before. Lyle will then join me onstage playing his Cajon, before we rock it out as a heavy, electric duo. I’m looking forward to this as I have the bass wired into the guitar, so we keep the depth of the sound and create something more ‘of the moment’ in the live show. I’m in no way replacing a bass player for future tours, but it’s exciting to offer something a little different and unique for fans who have seen my previous shows.”

Brown met Molzan after his manager had been taking drum lessons from the Canadian virtuoso. “One night, we went down to my rehearsal space to jam and I knew immediately Lyle was someone I wanted to work with,” says Brown. “In addition to being a technically gifted player, Lyle’s energy and groove brings so much to the live show. He’s also a great person to be around off-stage; we pull the best out of each other.”

Preparing for the tour, Molzan said, “Oli Brown is an exceptional player and vocalist, and well beyond his years. This is a style of music I haven’t played often, it’s been liberating and inspiring to really rock out. I think it’s just a matter of time before the whole world knows about Oli, and I’m thrilled to be laying down the beats in this duo format.”

24 year-old Brown has released three studio albums since his 2008 debut Open Road, which saw Brown named 'Best Male Vocalist' and  'Best Young Artist' at the 2010 British Blues Awards. More success followed with the release of his second album in 2010, Heads I Win Tails You Lose, a debut appearance at the Glastonbury festival, MOJO and Classic Rock magazine voting the album their number 3 and number 4 blues albums of the year, respectively, and Brown winning the ‘Best Band’ ‘Best Album’ categories at the 2011 British Blues Awards. His third album Here I Am, released in 2012 reached number one in the Amazon, HMV and iTunes blues charts, leading to further award nominations at The British Blues Awards.

Brown will follow-up his UK tour by beginning work on his fourth studio album in February 2014. Currently in pre-production in the U.S., Brown will return to the UK and Europe once the album is finished in May.
Dec 15 – The Talking Heads, Southampton (Tickets)

"a masterful show" - The Times

www.facebook.com/OliBrownOfficial
Posted by Jon Kirkman at 14:00