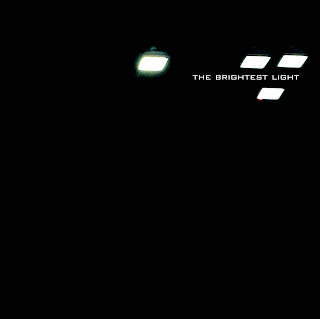 The Mission. The Brightest Light
plus
UK and European Tour Dates

So, I can only presume that because you are reading this biog you have been given a copy of the new Mission album – The Brightest Light - to listen to. A new Mission album 27 years after their first album was released. Whole civilisations have come and gone in that time but The Mission remain.

Now, if you want more info on the intervening years then there are many sources on the internet, not least the band’s own webpage at www.themissionuk.com, which is a good place for you to start. I’ll leave you to your own devices.

Suffice to say, The Mission have been making records and playing shows since 1986 with some years off in between for good/bad behaviour. In that time they have sold in excess of 4 million of their previous 12 studio albums and attendant singles, compilations, and live albums. They have garnered headlines in the world’s music press and not always for the quality and strength of their music. They enjoy a rabid, hardcore, devoted worldwide following. In 2011 they celebrated their 25th anniversary with a sold out European tour. Since then they have played more shows including South & Central America, and headlined (2nd stage) at the UK’s premier rock event, Download Festival, and in amidst this flurry of activity they decided they’d like to record a new album.

Wayne Hussey, Craig Adams, & Simon Hinkler, original members all, along with drummer Mike Kelly, came to realize that they actually made quite a decent big ol’ noise together and wanted to capture their newly rejuvenated sound on record.

Hussey, being the songwriter of the band, locked himself away for a few months penning new songs before the band convened earlier this year on April 1st, no joke, to a rehearsal studio near Bath in the UK with producer David M Allen (The Cure, Depeche Mode, Human League etc) at the helm. Two weeks toil and sweat rehearsing and 3 warm-up shows in front of a boisterously receptive audience at the Bristol Thekla later and they found themselves ensconced in The Chapel Studios deep in the heart of the Lincolnshire Wolds for an intense but incredibly creative 10 days to lay down the basic tracks – bass, drums, piano, organ, and Slink’s guitars. Done there then Hussey and Allen flew to Brazil to record Wayne’s vocals and instrumental contributions at his home studio high in the hills above Sao Paulo. Another 10 days of long ungodly hours and jet lag amongst the wild toucans and parrots of Brazil before our intrepid duo found themselves back in north London mixing the finished tracks. All work completed just within 2 months of 1st day of rehearsal…..

So, the new album – The Brightest Light……..
Anyone expecting a return to old familiar musical ground for The Mission is in for a surprise. This is a new album from a band that is obviously enjoying themselves and their newly re-found camaraderie and, whilst utilising all the modern day tools available to them, has recorded a timeless, classic rock album – in the true sense of the word. The Mission, finally after 27 years, have wholeheartedly embraced who they are and what they are good at and have produced probably the best ‘rock’ album of their lives.
Hussey, as songwriter and vocalist, too long unheralded in many quarters, puts in a performance that must surely rank him near the summit in the list of the UK’s current best. New songs with soaring melodies and lyrics that exhibit the cheek of the devil, pathos, heartache, and an ever more obvious sense of humour are surely amongst the very best he has ever scribed. And his voice has never sounded so honest. With people around him now that he trusts he is obviously a man that has become very comfortable in his own skin.
Hussey, himself: “This is my rock album. My wife calls it my ‘testosterone’ album. It’s all fully flexed muscle and proud of itself.

I wanted us to capture as closely as possible the sound that we make when we play live and I believe that for the very first time ever we have mostly succeeded.” No idle claim this, just take a listen.
Slink, Simon Hinkler to you, after almost 20 years away from the music business, has re-asserted himself as the guitar god of his generation with his expressive and lyrical playing on this album. Here, Slink steps out from Hussey’s shadow and shows his own true voice with his guitar playing. There ain’t no one else around at the moment playing as beautifully as Slink. Evidence: Just listen to ‘From The Oyster Comes The Pearl’.
Craig Adams, the well travelled and seasoned bass player, who after a long way ‘round has found his spiritual home again alongside his ol’ muckers Hussey & Hinkler. Hussey again: “My friend for more than 30 years now, and they said it wouldn’t last. This is probably Addo’s most consistently musical contribution to a Mission album ever. He surprised me, in a good way. He can still do that.”

This may well be a ‘rocking’ album but just listen to the way some of these bass lines just…….roll.
And ‘Young’ Mike Kelly – ‘young’ because he’s clocked up two decades less than the rest of his band mates. A fact he constantly likes to remind them of. Young - because he brings an energy and attitude to the album and keeps the groove going, both in a physical and spiritual way.  Young – because he flies the flag for the rock n’ roll excesses that the band used to be feted and celebrated for– Young but with an old wizened Geordie soul. Young - because he is.

Once more, Hussey; “It’s hard for me to make claims on behalf of this album as, like every other artist, I always feel my latest work is my best. Only time will reveal that to be true or not. We’ll see. But I would say this; we did have so much fun making this record and I’d like to think that’s evident when you hear the music. We’ve grown up, more mature, wiser – dunno about that - but I do have a clearer idea these days of what it is The Mission are good at. And I think we’re more comfortable with that.”

This is a classic rock album in the best sense of the word. It’s rooted in the present whilst unashamedly embracing the past. The Mission is not, and have never been, afraid to wear their influences on their collective sleeve. That being said, this is a unique work and sounds only like The Mission. But not The Mission you may have once known. This is a band that has never sounded so good, so fresh, so true.

Last word from Hussey; “Thanks for taking the time to listen to the album and hopefully you will find something to your taste. If not, then sod ya.”

Yeah, a man comfortable in his own skin. 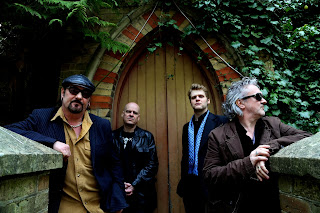