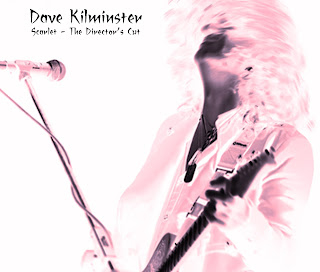 Whenever a guitarist noted for his work with others releases an album you do wonder what you are going to get. Sometimes it is meandering  snooze inducing solos or at the other end of the scale a shred fest where the guitarist seems t over compensate for being held  contained and under the cosh of the artist he or she is playing for.Dave has made a name for himself over the last few years as a great guitar player for the likes of John Wetton, Keith Emerson and more famously Roger Waters

In the case of Dave Kilminster you have a guitarist of  immense talent as a guitar player  but also a fine songwriter and arranger. and with his solo debut Scarlet The Director's Cut you can enjoy all of the above talents wrapped up in an exceptional album.
This is not just a prog album as many would imaging but an album covering a number of styles and moods and every one of these hits the mark with amazing accuracy. Once you start playing this album it is hard to skip a track or take it off it really is that good

Song wise the highlights are many but for the sake of example  "Brightest Star","Rain...(On Another Planet)", and the charming "Angel". are all highly recommended.

What I suggest you do is take some time out and just listen to the album all the way through and then play it again. It really does make a massive impression and one that stays a lot longer than  you might think.

For a debut solo album Scarlet The Directors Cut is an incredible piece of work and I for one am hoping that working for Roger Waters aside Dave gets the opportunity to go back into the studio and record a follow up soon.

Albums this good rarely come along and when they do we really should get behind them. Go on tell your friends this is an album that should be heard; well written and well produced and of course it goes without saying the guitar work is excellent but above all this is an album that will strike home in a big way and I have not heard a debut solo album this good for many years. The songs are all incredible  and that is the mark of a good album  and therefore comes with the highest recommendation! 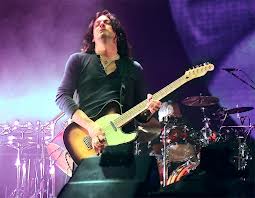