Tom Fuller To Support Little Feat On Their UK Dates 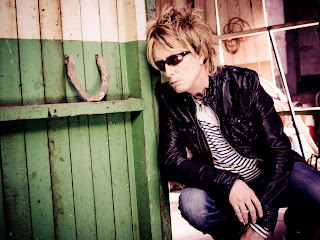 THE TOM FULLER BAND TO SUPPORT LITTLE FEAT ON UK TOUR DATES
Since releasing his latest studio album, ‘Ask’, The Tom Fuller Band has been touring North America with the legendary rock band Little Feat. With the European leg of Little Feat’s tour about to get underway throughout February 2013, fans of The Tom Fuller Band can look forward to two UK dates; London’s Shepherds Bush Empire on 8th February and Norwich’s UEA on February 10th.

Hailing from Chicago, where the saying “kick ass and take names” is often used to describe how to get the job done (not in an Al Capone way, you understand - although Tom’s grandmother did work for the notorious gangster), The Tom Fuller Band set about enlisting some of the biggest names in the music industry to produce ‘Ask’, which has garnered rave reviews on both sides of the Atlantic since its release in August 2012.

As a kid, when Tom Fuller bought his first Paul McCartney album he never imagined that he would one day record an album of his own with two of McCartney’s band members, but that’s exactly what happened when it came to recording ‘Ask’, with drummer Abe Laborie Jr. and guitarist Brian Ray signing-up for the sessions. 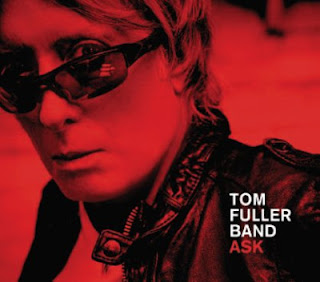 The album was produced by the studio maestro Rick Chudacoff, (Alison Krauss, Smokey Robinson), and mixed by Cenzo Townsend and Dave Bascombe (U2, Bon Jovi, Kaiser Chiefs), further realising the widescreen cinematic vision of Fuller’s music, as was previously evident on his 2005 debut album ‘Chasing An Illusion’ and its 2009 follow-up album ‘Abstract Man’.

The songs on ‘Ask’embrace Fuller’s distinctive blend of innovative melodies and chord structures, alongside lyrics that engage, uplift and resonate with passion and truth.
“It’s been a one hell of a journey,” says Fuller. “The new album’s like a songbook that’s accompanied me all along the trail. Every track means so much to me. I think it’s my strongest collection of songs to date. I can’t wait to play them in the UK”