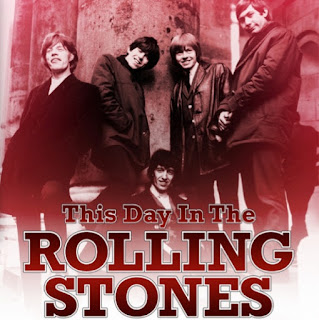 This Day in The Rolling Stones


Ladies and Gentlemen, the greatest rock and roll band in the world: The Rolling Stones!


Undoubtedly one of most influential acts ever, the history of The Rolling Stones brings you everything that is rock & roll. In 1964 The Melody Maker asked: Would You Let Your Sister Go With A Rolling Stone? Their early tours saw screaming fans ripping their idols’ clothes off, riots, arrests, and run ins with Hells Angels.


Their songs have always maintained a grip on the zeitgeist, and their live shows are second to none.


From Come On, I Wanna Be Your Man, Satisfaction, Honky Tonk Women and all the way to this year’s Doom & Gloom, the Stones have brought us landmark recordings which are now embedded in pop culture. 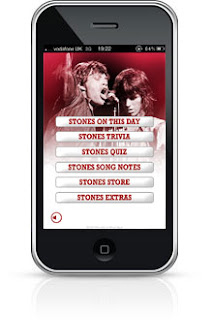 • This Day In The Rolling Stones is a must-have for any Stones fan. Celebrating 50 years of Stones history, the App brings you:

• ENTRIES FOR EVERY DAY - 366 days of the year: Info on all the gigs, tours, TV appearances, recording dates, events, chart positions, album releases and more!

• IN DEPTH SONG NOTES for 15 Classic Stones albums, from the band’s debut in 1964, to the classic Beggars Banquet, Sticky Fingers, Exile On Main Street, Some Girls, and more - right through to the current hits release GRRR!


More than 200 Stones songs dissected: the sessions, who played what, and the stories behind the Stones’ amazing legacy.

• More than 300 Rolling Stones Quiz questions, scored out of 10 as you go.

• More than 300 Stones Trivia facts – scroll through the band’s history.


• Free Ringtone - not by the Stones, but an exclusive rocking track for your personal use.

·       More than 100 Stones images, licensed from photo library Getty Images and used through the App – Stones history in pictures!

• The App will even play your own Rolling Stones music from your iTunes library from the App – and connect you (via WiFi or 3G) to buy the tracks you don't already have!

• Designed to bring you closer to the band, the App contains over 100 Rolling Stones images, over 300 quiz questions, over 300 items of trivia, a free ringtone and two wallpaper screen images as well as Stones history for every day of the year.


Available as an App for iPhone, iPad and iTouch, This Day In The Rolling Stones is a way to immerse yourself in all of the aspects – audio, visual and factual – that made the Stones the greatest Rock & Roll band in the world, and the most important band in rock history for the past 50 years.


List of 15 Classic Stones Albums critiqued in the App