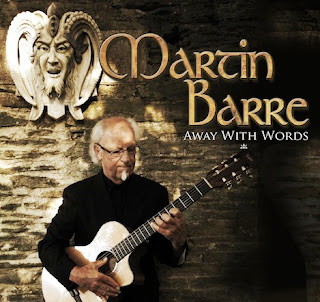 Jethro Tull guitarist Martin Barre has announced the release of his fourth solo album AWAY WITH WORDS, through RSK’s new label, Edifying Records on 30th September. The record will feature new arrangements of Tull material together with some brand new compositions by Barre.

With the seminal prog outfit still on indefinite hiatus, Martin Barre brings back to life some of Jethro Tull’s classics but also less known gems, with the invaluable help of engineer James Bragg. The track list features Requiem, From a Deadbeat to an Old Greaser, Moths, Home and Fire at Midnight amongst others.

“Re-arranging and representing the Tull songs featured on this album became a very pleasant and rewarding task. These lesser known songs have always been amongst my favourite pieces of music and reworking them brought back many good memories” – he confides enthusiastically. Talking about his new compositions included in the album, he says “I have written the rest of the music, hopefully with sympathy and taste. Composing and re-arranging is my passion.  Bringing together the many acoustic instruments was a delight for me, but of course the electric guitar couldn’t be totally left out of the picture!”  He goes on to say “This album is a fusion of my writing blended together with Ian (Anderson’s) in a continual movement of music.” 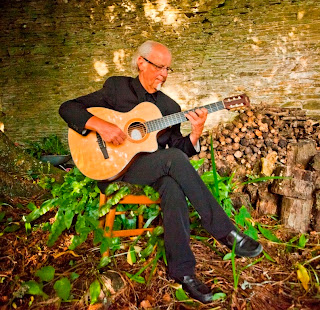 Martin Barre started his music career in the early 60s playing saxophone. He audition for Jethro Tull in 1969 and was handpicked by Ian Anderson to take on guitar duties from Mick Abrahams. Today he’s the longest standing member after Anderson himself, having appeared on all of their albums apart from their first.  Barre is also a talented flautist, both live and on record, with Jethro Tull and solo. The quality and uniqueness of his work and a series of high profile collaborations contributed to make him one of the world’s most rated rock musicians, with his signature ‘Aqualung’ solo voted as one of the top guitar solos of all times (Guitar Player Magazine).

The album release will be followed by a European tour, UK dates as follows:

Tickets are £17.50 (subject to booking fee) except for Falmouth*; Details can be found at www.martinbarre.com