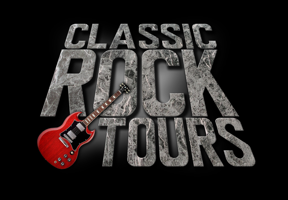 This year Legends of Rock The Originals will be headlined by none other than Black Star Riders. The band will be performing songs from their recent acclaimed album ‘All Hell Breaks Loose’ alongside classic Thin Lizzy tracks.

Classic Rock Tours have been putting on festivals since 2005 which have attracted thousands of music folk of all ages in both Europe & the UK including the legendary Rhodes Rock in Greece. Now in their ninth year they’re offering the best winter weekend line up. So far confirmed for the festival are Black Star Riders, Steve Harley & Cockney Rebel, Alabama 3, The Quireboys, Tygers of Pan Tang, Uli Jon Roth, Voodoo Six, The Blockheads, Pat McManus Band, M. Turner (plays music of Wishbone Ash), The Royal Southern Brotherhood, Curved Air, Mostly Autumn, Bernie Torme and many more. Legends of Rock The Originals Festival is sure to be one of the highlights of 2014.

A family run concern, Classic Rock Tours runs a think tank of 20 regulars when deciding bands and events. It truly is “hand made by rockers”.

The festival will be held at Vauxhall Holiday Park, Great Yarmouth's only 5 Star Holiday and Touring Park. They have a Silver David Bellamy Conservation Award. Practical Caravan Top 100 Family Parks recommended, five pennants AA Holiday Centre, and are a member of The British Holiday Parks Association. They have also won the Hoseason’s Best Holiday Park in the East of England Award for 2007, 2008, 2009 and 2010 - this is voted for by the customer. 52,000 holidaymakers stay with them each year. They have approximately 430 Holiday homes (including 48 apartments) plus pitches with full hook up for fans bringing their own tourers & also plenty of room for camping with toilet & shower blocks close by.

Deposit payable on booking £50 per person, balance due September 2014.
At the optional Thursday opening night party there is a fantastic line up of Classic Rock Tours house bands - Walkway, Buster James, StoneWire & Four Wheel Drive - playing their own original material + some classic covers thrown in for good measure, from 8pm-2am. To add this storming 4th night is just £30 per person extra including accommodation & tickets or just £10 for gig ticket only.

Accommodation can be booked now & if more guests are added later in the same holiday home the booking can be amended to reduce the price accordingly to reflect the higher number of guests. The more in a home the cheaper it gets! All homes have full self-catering facilities & there are restaurant & takeaway outlets on site too & an indoor heated swimming pool !
Posted by Jon Kirkman at 13:50