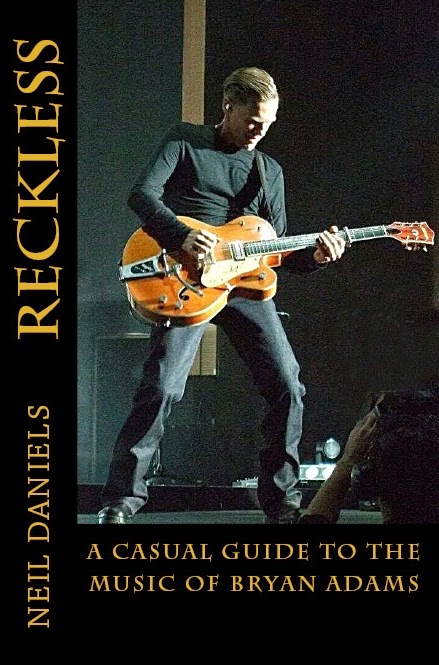 Bryan Adams is one of the most successful Canadian singer-songwriters of all time. He rose to fame with his third album, 1983’s Cuts Like A Knife, before the release of his global breakthrough opus Reckless, which Adams celebrated in 2014 with the sold out 30th Anniversary Reckless Tour. His best known song remains ‘(Everything I Do) I Do It For You’ which was the lead song for the 1991 hit movie Robin Hood: Prince Of Thieves. It also happens to be one of the best-selling singles in popular music history.

This book is about the music, from his self-titled debut album right up to recent studio releases, Room Service and 11.

From the author of the acclaimed Don’t Stop Believin’ – The Untold Story Of Journey and Electric World – A Casual Guide To The Music Of Journey’s Neal Schon, Reckless is the first book to exclusively explore the music of one of popular music’s great unsung heroes and Canada’s most famous rock export. The book explores his musical legacy and offers titbits of information and trivia about his various non-music projects but mostly this handy fans book is about the music of Bryan Adams.

Neil Daniels is the author of over a dozen books on rock and metal and has contributed to many music magazines, fanzines and websites.