Music Review_Armonite - The Sun Is New Each Day 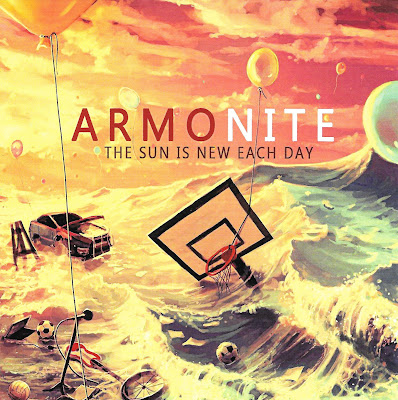 One day here recently I get a package in the mail, all the way from Italy. I opened it to find a music CD, and a very politely written letter asking me if I'd be so kind to do a review. Made a positive impression. Along with the request, it also came with a press release. Having just made a cup of coffee, I take a sip, and give it a read. Off the bat it states that the recording was produced by Paul Reeve. I recognize the name having seen it in the credits of Muse's debut studio album; Showbiz (1999). One of my favorite releases from Muse to this day.

Next I see that Armonite - The Sun Is New Each Day, was mastered by Geoff Pesche, at the Abbey Road Studios. That sparked my curiosity, in which I find out while doing a little research that he's worked with a army of talent, including one of my favorite musicians, Mike Oldfield.

Just about hooked at this point, I decided to research Armonite itself. Out of Italy, Armonite was formed in 1999. Labeled a prog-rock group. They put out one album (Inuit), toured a bit, and called it quits. Fifteen years later, two members of that project, the classical-trained violinist (electric; The Sun Is New Each Day) Jacopo Bigi, and keyboardist / composer Paolo Fosso decided to bring Armonite back, and doing so added a couple new players to fill out the group. One was Dutch drummer Jasper Barendregt, and a name I knew immediately, bassist Colin Edwin. This guy played with Porcupine Tree. I had the luck and the pleasure of being in the front row, standing right in front of Colin back in 2005 when the band played in Houston Texas, and was touring their eighth studio album, Deadwing. His playing was simply extraordinary. And then I got to see Porcupine Tree again, also in Houston, when they toured their next studio album; Fear Of A Dead Planet (2007). In my opinion, one of the best progressive hard rock albums of the 21st Century. So what's not to like? I advanced Armonite - The Sun Is New Each Day, to the front of the line. Started giving it repeat plays. 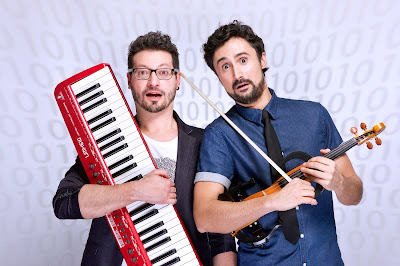 This new Armonite studio offering, The Sun Is New Each Day, clocks in at around thirty-one minutes. Consists of nine tracks. All instrumental with some slight verbal audio thrown in, which compliments the music nicely. The band keeping to its roots, it's indeed a true progressive rock album. Very keyboard heavy. The electric violin gives it a unique sound. Music rocks! Nothing boring that motivates sleep. And the drums and bass are spot on, as expected with musicians of this caliber.

Uncle G Rates … Armonite - The Sun Is New Each Day

Using a five star rating system, whereas one star means it's stinks, to five stars which means it's a must have, and especially if into instrumental prog-rock music, I rate Armonite - The Sun Is New Each Day … 5 stars! This is an excellent recording. Is enjoyable from start to finish. And for a limited time, is completely FREE for the taking. No shit! It's as easy as going to the band's website, and following the easy instructions on how to download. Reason being is simple. To help ensure that the music itself, gets heard. A BIG expense for Armonite to absorb, but is hoped to be reimbursed by fans buying tickets going to their shows. Dates in which can be found on the group's website. I strongly recommend downloading 'The Sun Is New Each Day', and if possible, supporting the band anyway one can.