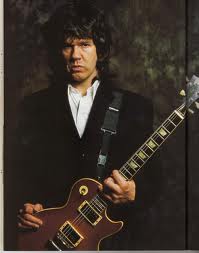 We at Classic Rock radio wish to mark the first anniversary of Gary Moore's death with a musical tribute and as such all day today  we will be playing two tracks per hour at approximately 15 minutes past the hour. Marilyn Michaels will also present a special feature at 8pm GMT.

We feel that Gary was such an important and influential guitarist that we should mark the first anniversary in respect with a musical tribute. Gary may be gone but his music and the man will never be forgotten. R.I.P Gary Moore; one year gone and still very much missed.