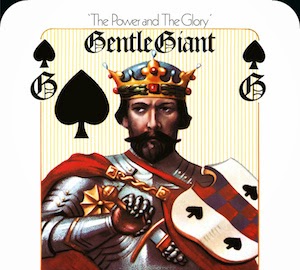 Gentle Giant Reissue The Power And The Glory In Upgraded Format

Following the masterful In A Glass House and preceding the band's commercial apex Freehand, The Power And The Glory is a gem  gems, mixing Gentle Giant's restless energy and invention, with beautiful melodies and potent (complex) Rock riffage.

This digipak cd/blu-ray edition features 2014 stereo and 5.1 mixes by Steven Wilson, a flat transfer of the original mix, plus instrumental mixes and two bonus tracks.

The blu-ray is NTSC, Region 0.