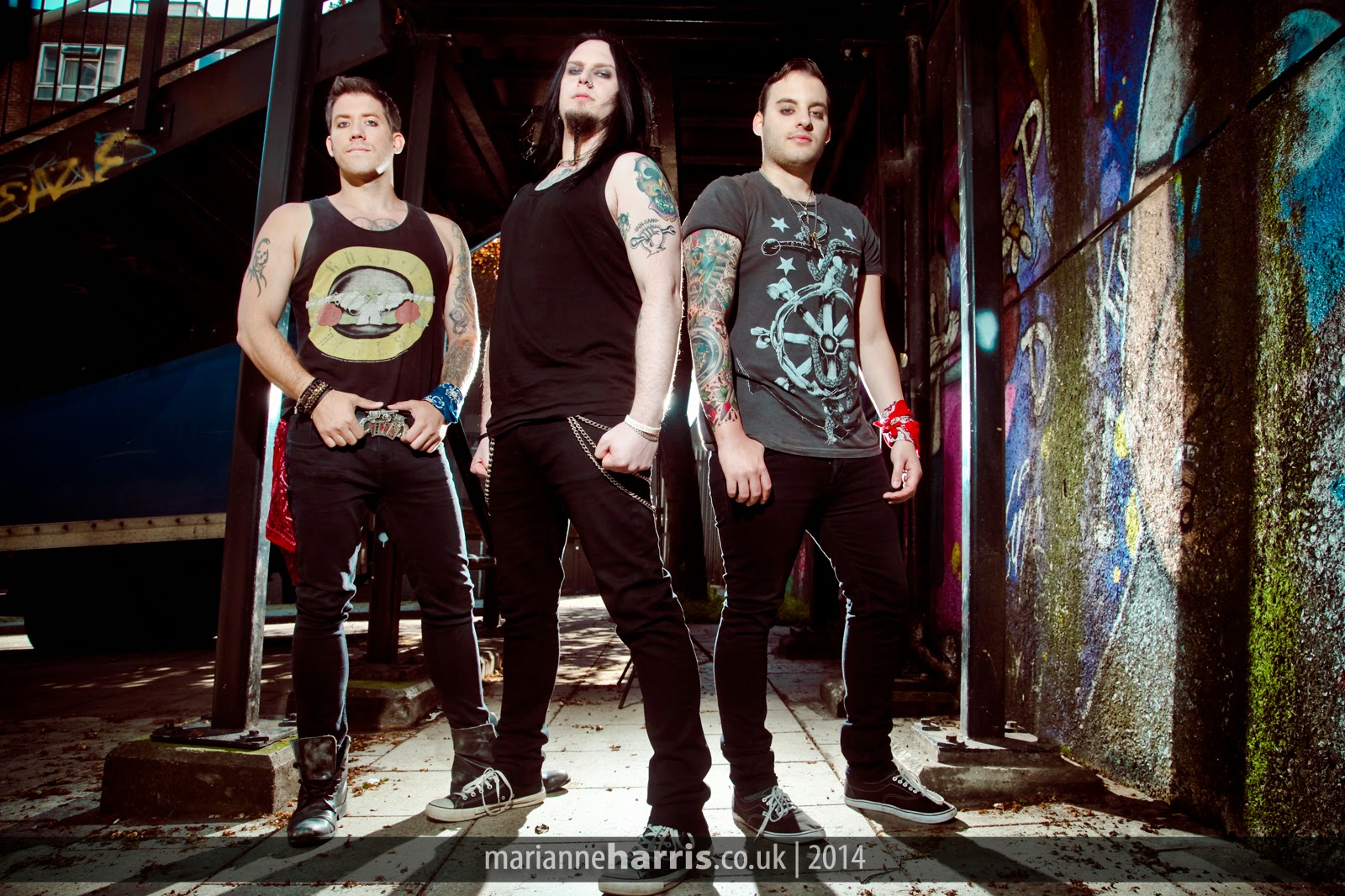 “‘It’s angst ridden, full of beans and complete with fist-pumping melodies but in a totally non- cliché way…If it’s loud, anthem-crammed, riot and fun induced tracks that will make you reconnect with a love of all things grunge and rock ‘n’ roll, then you need to check out The Rocket Dolls” – Devolution

“’Frame’ is heavy yet slick, nodding to bands such as early Feeder, ‘Crank’-era Almighty and the Smashing Pumpkins. So if you like your riffs grungy with a hint of nu-metal atmospherics, this is the band for you” – Powerplay March 2010

Explosive hard rocking trio The Rocket Dolls’ impressively powerful debut album, ‘Eyes’, set for release on July 28th, is a triumphant, two fingers up to the near-death experiences which almost scuppered the making of the album several times over. The end product of a long period of hard graft under harder circumstances, ‘Eyes’ hears the band’s perseverance in the face of adversity pay off at every anthemic, groove-laden turn.

Mixing muscular metal riffage with grunge grit, the ’Dolls take their sonic cues from the likes of Alice In Chains, Helmet and Silverchair, and share Nirvana’s power trio dynamics. Vocalist and guitarist Nikki Smash is well qualified to lead the charge of fist-pumping rock with lashings of fighting spirit, having overcome more obstacles in the making of this debut than many battle-scarred rock veterans will have faced down by the closing pages of their memoirs. The past three years have seen Nikki undergo two operations for osteoarthritis and contract the e-coli virus while recuperating in hospital, only to then be hit with pneumonia! A born fighter, he’s kept writing throughout, and has recently sought to regain his strength by entering the boxing ring, yet he still finds fire and aggression to spare when delivering ferocious vocals to numbers like ‘Can’t Keep Him Down’ - an indestructible monster of a track that could well be his theme song.

Backing Nikki up is powerhouse drummer, and long-standing partner in crime, Benji Knopfler. Son of a guitarist, Ben has music in his blood, but rather than following in his dad’s melodic footsteps he gravitated to the drums, and gives The Rocket Dolls their furious, fearsomely tight, foundations. Bassist Tommy K rounds out the rhythm section, and complements his bandmates’ grounding in grunge, by bringing a love of Guns ‘n’ Roses, Def Leppard and 80s metal to the table. He describes hearing Maiden’s ‘No Prayer For The Dying’ at the age of five as a defining moment, and credits Steve Harris with inspiring him to pick up the bass and adopt his trademark fingerpicking technique.

The culmination of many months work, ‘Eyes’ now combines this talented trio’s diverse experiences and influences in defiant and spectacular style. Producers Mark Roberts and Mikey Demus (Skindred) excel at giving the 11 tracks a high-end punch and power, but are careful to ensure the polish doesn’t come at the expense of the authentic grit and raw edges which are essential elements of The Rocket Dolls’ sound.

The band relentlessly hammer home the cornerstones of that sound - signature raging riffs, growled vocals, and an undeniable knack for huge, heavy, hooks - while simultaneously never leaving the listener wanting for variety. Over the course of the album they succeed in making everything from down-tuned, Sabbath-inspired, doom (grinding closer ‘Across The Night’) to the swaggering Southern rock (‘Can’t Keep Him Down’) utterly their own.

Even the soaring, stadium-ready hard rock ballad ‘Burning Up The Skies’ is reliably and recognisably, infused with The Rocket Dolls’ own solid, heavy grooves. Showcasing the band’s versatility by offering an anthemic change of pace at the album’s mid-point, the track will also serve as the next single to be taken from ‘Eyes’, when it’s released on July 21st.

A video for ‘Eyes’, The first promo track from the album, has already made a major impact on the viewers of Scuzz TV, who voted it straight in to 8 in their new videos chart late last year, further propelling the song to number 4 a week later.

With ‘Eyes’ The Rocket Dolls are setting their sights on the skies, and showing off the tenacity, and talent, to launch them far. Get set for blast off!