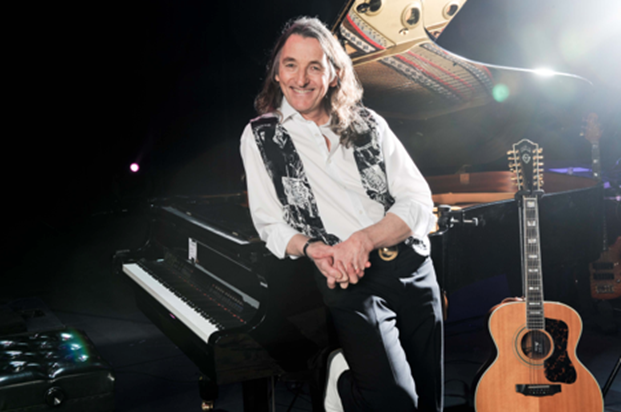 Roger Hodgson, the legendary songwriter and singer, formerly of Supertramp, returns for another magical evening at the Royal Albert Hall on 29 April 2016, 8pm.  Tickets go on sale on Friday 27 February, 9am and are available from the venue box offices, select authorised ticket agencies and the tour 24 hr Hotline 0844 338 0000 or on line at BookingsDirect.com (subject to fees).
Hodgson said, “There are many wonderful venues in the world but there’s only one Albert Hall.  I’m delighted to be returning to my home country to play for everyone next year.”
Roger Hodgson co-founded Supertramp in 1969 and was the band’s innovator and driving force through what fans call the “golden years” of Supertramp. He helped define a generation of progressive rock and was the composer and singer of most of Supertramp’s universally enduring anthems - “Breakfast in America,” “Give a Little Bit,” “Take the Long Way Home,” “The Logical Song,” “Dreamer,” “It’s Raining Again,”“School,” “Fool’s Overture,” “Child of Vision,” “Hide in Your Shell,” – songs that became the soundtrack for so many lives; classic hits that helped the band sell well over 60 million albums.
Hodgson, who won the Ivor Novello Award for The Logical Song in 1980, is one of the most gifted composers, lyricists and performers of our time. Hodgson is the soulful musical genius who put the ‘Super’ in Supertramp and is still bringing those songs to life onstage around the world for those who love them.  As Rolling Stone said, “All these years I thought I was a Supertramp fan when actually I was and am a Roger Hodgson fan. What a show! ‘WOW' is all I can say.”
Posted by Jon Kirkman at 17:29