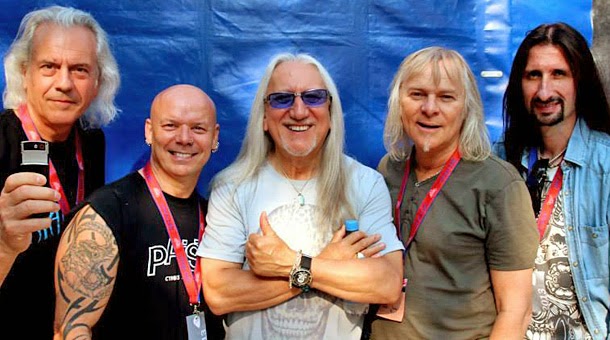 URIAH HEEP is delighted to announce a UK tour in Spring 2015, all tickets are on sale from Friday 13th February 2015.  This tour follows on from the release of the band’s acclaimed album ‘Outsider’ - which enjoyed excellent reviews, radio airplay and was many people’s ‘album of the year’ choice.  Classic Rock said that “Like a musical blood transfusion, ‘Outsider’ gave things a shot in the arm while retaining their original strengths. Long may they continue” The band have also announced the ‘Live at Koko, London 2014’ which will be released on 23 February through Frontier Records on DVD / Blu-ray + CD format.  2015 is a very important year for Heep, as they continue to cement reputation as one of the best live bands in the world.

Mick Box said, “2014 was as busy as ever for Heep and we’re very excited to be able to bring our current show to the UK, where it all began back in 1970.  In the last year we’ve played concerts in Switzerland, Austria, Germany, USA, Australia and New Zealand, plus a Caribbean Rock Cruise alongside Alice Cooper, Doobie Brothers, Blue Oyster Cult and many more. We’re very proud of our history, so the shows will feature a mixture of Classic Heep along with some new songs from ‘Outsider’. See you there!”

Originally founded by guitarist Mick Box in 1969, Uriah Heep is truly one of the pivotal classic acts that helped define the rock sound and an era. Part of the fabled ‘Big Four’ alongside Zeppelin, Sabbath and Purple, the Heep story still has a long way to go.  With classic songs like ‘Lady In Black’, ‘Gypsy’, ‘Easy Livin’’and ‘Stealin’’ full of ambition, sophisticated writing, memorable tunes and, of course, the vocals - the 5 part harmonies were a clear influence on the operatics of Queen.   Uriah Heep was the first Western rock band to perform in Russia, they have headlined at stadiums worldwide. 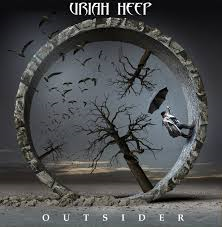