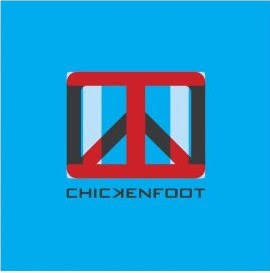 One of the best new bands of 2009 in fact they won the Classic Rock magazine award for being the best new band Chickenfoot really deliver the goods
Despite the title this really is the bands second album and one jammed full of great rock songs. I have to own up here and admit to being a huge fan of Sammy Hagar and in all honesty in my eyes the man can do no wrong and for a man who is almost old enough to collect his bus pass he puts many singers half his age top shame. That said this is no one man band and I also have a lot of respect and admiration for Chad Smith Michael Anthony and Joe Satriani.

To the songs then and really all ten tracks literally leap out of the speakers and for a band like this where sometimes it can be style over substance this is a real rock album with all the ingredients just right Last Temptation and Alright Alright kick things off in great style and my other favourite tracks are well I am stuck here because every track on this album is exceptional but I do find myself coming back to Dubai Blues and Lighten Up on regular repeat.

The whole thing comes wrapped in a special 3D cover and you can also purchase a CD/DVD version but in all honesty I have the standard release and believe me there is nothing standard about this album at all. This is real rock the way it used to be and it certainly takes me back to the days when Sammy first caught my ear when Montrose burst onto the scene. Yes it really is that good.

For those who may have been thinking of getting this album due to a friend perhaps having the fan Pack released recently then think no more Just buy the damn thing and crank it up!

If you love straight ahead no frills rock played with passion and verve them Chickenfoot III is definitely the album for you. I can see this album figuring in a lot of End of year best of lists

Tracks from Chickenfoot III are featured in the Classic Rock radio Playlist and can be requested
www.classicrockradio.eu
Posted by Jon Kirkman at 15:20