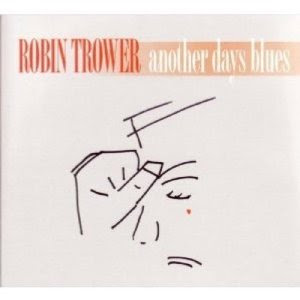 Another day Another Robin Trower album....Well perhaps the cynic might think that but in all honesty who cares what the cynics or the critics think. Another Days Blues was Robin’s album from 2005 and saw him reunited with Reg Isadore who was the drummer on the first Robin Trower album Twice Removed From Yesterday. This is no re treading of former glories however Robin has a wonderful fluid style and also knows exactly the sort of material that shows him at his best.

Another Days Blues is s solid Trower album which has some of his best material in some time. In fact over the last twenty years Robin has if anything got better and now stands almost where he was at his creative and commercial height in the late seventies. Material like Inside Out and Shining Through are fine examples of concise Robin Trower songs which never out stay their welcome. For many however the highlight of the album is This Blue Love which follows in the tradition of Blues Based Robin Trower ballads.

Again not an album that is likely to convert anyone but certainly an album that is held in high regard amongst the Robin Trower fan base and with extensive sleeve notes from respected rock journalist Chris Welch and an excellent re mastering Another Days Blues is a welcome reissue.

http://www.classicrockradio.eu/playlist/playlistA.html
Posted by Jon Kirkman at 21:40