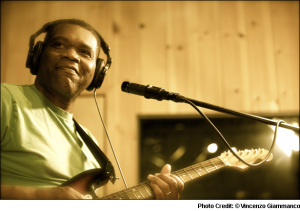 “What an absolute honour to work with Robert Cray,” adds Shirley. “I’ve been a fan since Strong Persuader. He’s an extraordinary talent. It’s really such a treat for me! My goal and challenge with this record, is to tap into the edgy vitality and spontaneity of a live Robert Cray performance, and wrap it up as a studio recording, with a big Blues bow!”
Posted by Jon Kirkman at 19:55