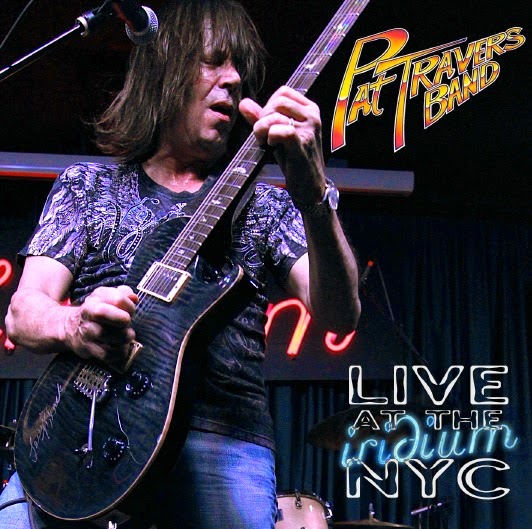 Tracklisting:  Rock And Roll Susie; Gettin’ Betta; Crash And Burn; Heat In The Street; Josephine; I’ve Got News For You; Ask Me Baby; I La, La, La Love You; Lone Wolf (Kirk solo) / Red House; If I Had Possession Over Judgement Day; Spoonful; Black Betty.

It was a July day of unparalleled rock ‘n’ roll awesomeness for Pat Travers, one he remembers well to date. The year was 1978 and the location was at the Oakland Coliseum, where roughly 55,000 fans were attending for an unforgettable day that saw the newly formed Pat Travers Band play together with AC/DC, Van Halen, Foreigner, and Aerosmith. The band had spent much of the year on a tour that would be released in 1979 as “Live! Go for What You Know,” arguably his best and certainly one of the most acclaimed Hard Rock Live albums of all times.

Toronto-born Pat Travers, is truly a swaggering hard-rock axeman. He picked up the guitar after a Jimi Hendrix performance in Ottawa. His debut album was released in 1976, and while his most successful releases like "Makin’ Magic" and "Crash And Burn" are now more than 30 years old, he never consigned himself to the nostalgia circuit.

In 2012 Pat Travers Band made a comeback with a new lineup - which saw the return of drummer Sandy Gennaro behind the skins - and a new record “Can Do”, released the following year. A great release which saw Travers and his band playing better than ever! In the tour that lead up to the release of that album, he picked the right venue for this celebration of a new live CD, "Live at the Iridium NYC".

Pat says: “The two shows that we played at the Iridium Club in February 2012 marked the first time I ever really felt totally comfortable and “at home” in “The Big Apple”. The people at the Iridium just made us feel like we were honorary New Yorkers. It was awesome.  Having done an extensive European tour at the end of 2011, a Caribbean Cruise Ship gig and a bunch of concerts at the beginning of the year the band was on fire. So being able to record a set at the Iridium in New York City was the perfect venue and time to capture the PTB at their smoking best. We were fortunate to have Jon Paris join us on “Blues Harp” for two classic tunes and he just tore it up and showed us all how the Blues is really done”.

Presenting all the highlights of his career and combining the individual talents with the chemistry of being on the stage, you can feel an energy that is tangible on this recording, an enjoyment that is infectious, and, quite frankly, you owe it to yourself to catch this band whenever and wherever you can.