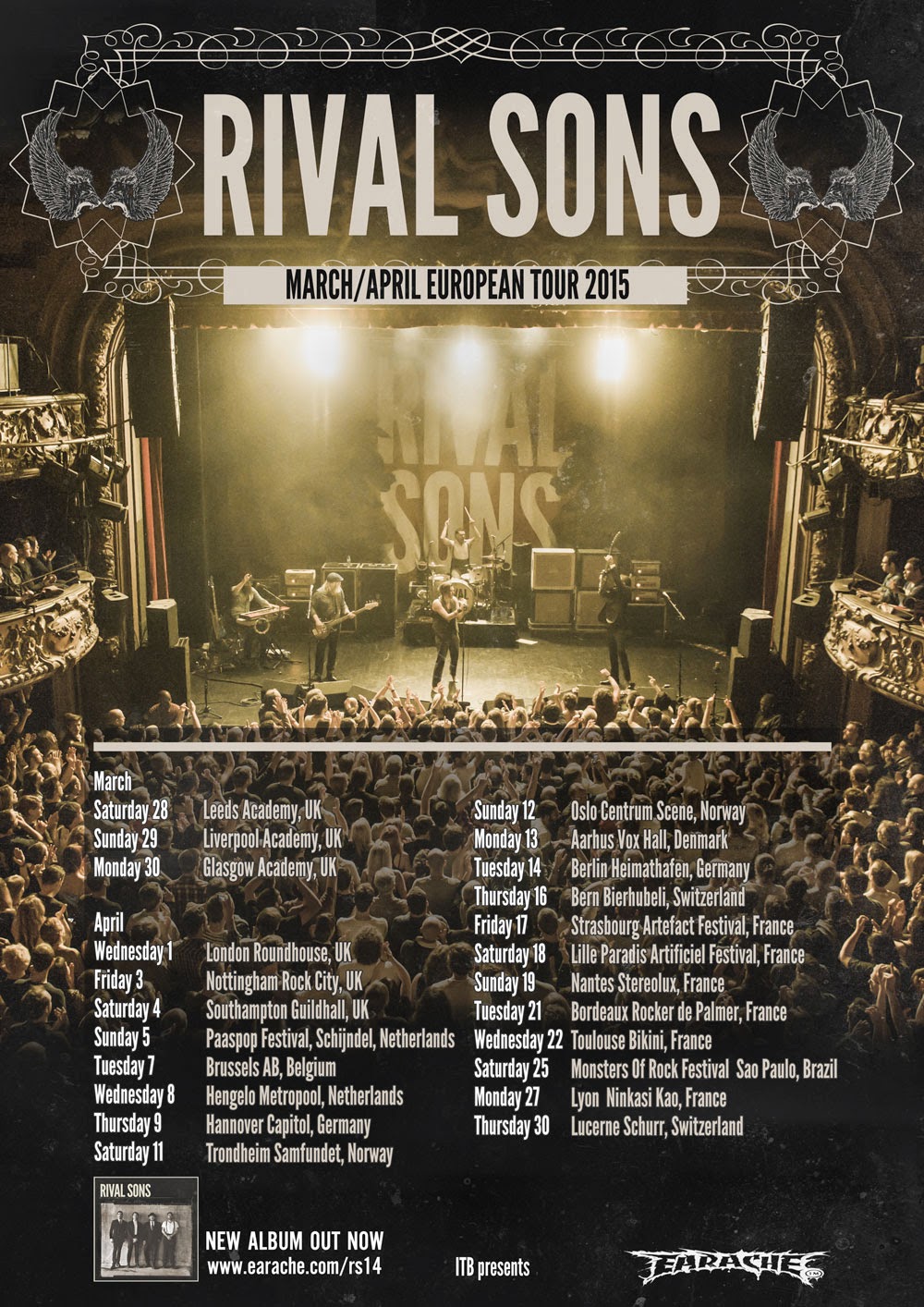 
“They craft near-perfect garage-rock songs to hang the thrills and frills from.” - Kerrang!

“Sun kissed psychedelia and irresistible hooks, with the band’s soul, funk and blues influences thrust joyously to the fore… If you thrilled to the Black Keys it’s time to meet your new favourite band” - The Guardian


Long Beach, California's RIVAL SONS are currently winding up the UK leg of their European tour, and are delighted to announce they will be heading back in March and April 2015 which will see them headline the prestigious Roundhouse in London.  Tickets go on sale THURSDAY 18TH DECEMBER 2014 – 10AM.

The band recently performed on Later With Jools Holland, following another TV appearance in the USA on the Late Show with David Letterman and   phenomenal performance at the star-studded Classic Rock Roll of Honour awards in LA.  They also fitted in a last minute support slot with Lenny Kravitz at Wembley Arena.

With elements of psychedelia and more than a nod to soul the new Rival Sons album ‘Great Western Valkyrie’ received rave reviews when it was released earlier this year. It was rated the No.1 album of 2014 by Classic Rock magazine as well as hitting the Top 20 albums of the year in Kerrang magazine. This, their fifth record in as many years saw the band yet again recording live in Nashville, using 50’s gear borrowed from Sun studios , acknowledging their heritage, but always having their eyes and ears focussed on the 21st Century.

There will be a new RIVAL SONS single in January 2015. ‘Good Things’  is a stroll through the land of possibilities that highlights the soulful melodies of enigmatic singer Jay Buchanan, shows off the signature guitar tones of Scott Holiday whilst the powerhouse rhythm section of Michael Miley on drums and the sultry grooves of Dave Beste on bass pin the whole song down.

Great Western Valkyrie, is available now and stormed into the charts around the world upon its release.  Available on digisleeve CD and limited edition vinyl LP at
http://www.earache.com/rs14 -
or on iTunes at
http://bit.ly/rivalsons-iTunes