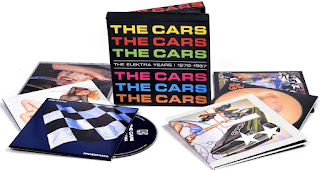 For many the first time they heard of The Cars was with the arrival of the band’s debut album in the summer of 1978. Made up of Ric Ocasek, Benjamin Orr, Greg Hawkes, David Robinson and Elliot Easton the band originated from Boston. Dubbed part of the then “New Wave” of American bands, the self-titled album reached the American top twenty in the album charts. The album also spawned three hit singles (Just What I Needed, My Best Friends Girl) and put the band immediately on the map in a commercial sense.

Following the debut album, the Cars released Candy O some twelve months after the debut and enjoyed another hit single in “Let’s Go”

The band would continue to release albums on a regular basis and the albums Panorama in 1980, and Shake It Up all consolidated the band’s ever growing popularity. Following the release of Shake It Up Ric Ocasek released a solo album and the Cars took a hiatus. They returned however with an album that was incredibly successful proving that the break had not weakened their popularity.
Heartbeat City was produced by Robert John “Mutt” Lange who was famous for producing more major rock bands than you could literally shake a stick at including AC/DC and Def Leppard. His production skills certainly paid dividends for The Cars and Heartbeat City again spawned a number of hit singles including You Might Think and Heartbeat City. It was however the single Drive that really took the band to another level thanks to its inclusion on a film report on the famine in Ethiopia during the Live Aid concert.

Following Heartbeat City, the band took time off to release solo projects and a “Best Of” was released to fill the gap until the band re grouped to record what would be their final album of the eighties before a lengthy lay off. Door To Door was released in 1987 and again contained a hit single in the shape of Tonight She Comes which reached number one on the American Rock Charts.
Whilst the band did get back together to film a documentary on the band they would never record again in their original formation as in 2000 Ben Orr succumbed to cancer.

This boxed set contains all the band’s original albums brought together in remastered and upgraded format and come in replica miniature album sleeves. My one gripe perhaps is that there is not booklet with full details of the band but the reality of the situation is that here lie sixty tracks drawn from the bands released archive. At a price that really is too good to leave this box on the shelf the contents will be regularly played on high rotation and remind you of just how good this band really were and also the consistency of the bands output over a ten-year period. 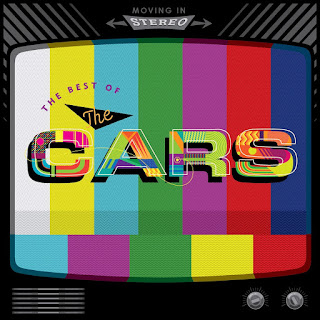