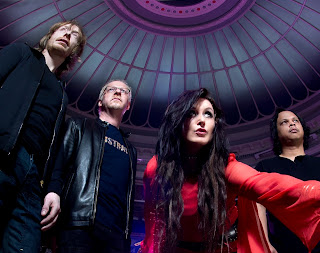 PANIC ROOM hit the road this Spring 2016 with a stunning new UK Tour -
‘Start The Sound’ is rammed full of hits from the band's 5 Award-Winning albums, and promises to be their most spectacular show to date.
The band’s 4th album - ‘Incarnate’ - hit the Top 10 of the Independent Album Charts in its first week, helping to confirm their status as one of the hottest UK bands of the moment.
Then in late-2015, PANIC ROOM released ‘Essence’ : a semi-acoustic album featuring stripped-down & intimate re-workings of their most popular tracks.
Proving a bigger hit than the band could anticipate, ‘Essence’ has received 5-Star across the board.
This album was also funded by one of the most successful Kickstarter campaigns of 2015 - smashing through the project’s original Target in just 48 hrs, and ultimately reaching double this.
PANIC ROOM have an eclectic background - the band members hail from Wales, England and Singapore - but this is a band of close friends and passionate musicians, who love the creativity (and challenge) of fusing together all of their styles and influences.
Together, they create a majestic and beautiful sound.
As a band, PANIC ROOM offer an iconic and fresh new musical vision.


In Autumn 2016, PANIC ROOM will return to the recording studio to begin work on a brand new album - their 6th release.
Catch PANIC ROOM Live at a venue near you - an unmissable show for any true music-lover. ‘

Start The Sound’ Tour begins in March 2016 and runs until June.
The shows will be filled with the most powerful, epic and popular tracks from across the band’s back-catalogue -
including such anthems as ‘Satellite’, ‘Hiding The World’, ‘Velocity’ and ‘Screens’. 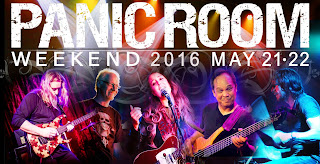 PANIC ROOM WEEKEND - 21-22 May 2016
A full weekend festival at the Robin 2 in Bilston, celebrating PANIC ROOM and featuring live music from specially selected guest bands.
PANIC ROOM will play a full (and different) headline set each night, and each day opens at 3pm to reveal a buzzing mix of artists & events throughout the day.
Tickets & Info:
PanicRoom.org.uk/Panic-Room-Weekend.html 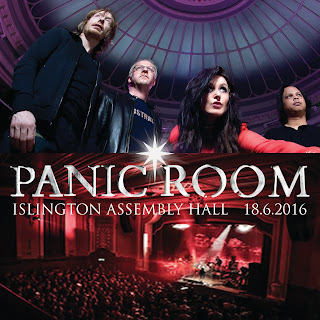 LIVE DVD FILMING in LONDON - 18th June 2016
PANIC ROOM will play a full-length show at Islington Assembly Hall this June - a stunning Grade ll Listed venue in the heart of London, which will be the perfect setting for the band’s powerful music, beautiful light show, and a buzzing crowd who are flying in from around the world.
Best of all? - The whole event will be filmed for an epic new LIVE DVD!
PANIC ROOM will be working with Toward Infinity - a chart-topping film company who have worked with artists including Marillion, Deep Purple, Coldplay, and Lisa Stansfield... and who hit no.1 with their release of the Jon Lord Celebration Concert at the Royal Albert Hall.
The band will be launching a Pledge campaign in early April to fund this professional DVD filming - choosing to get their fanbase involved from Day 1 in this exciting new project.
Tickets & Info :
PanicRoom.org.uk/Live-London-Islington-DVD-show.html