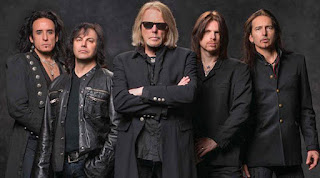 The band play the festival on Saturday June 15th on the main stage and take the slot previously allotted to US band Buckcherry, who cancelled their performance for reasons beyond their control.
Download Promoter Andy Copping “The BSR Machine is going from strength to strength and when the opportunity of a slot became available it was a no brainer who should be offered it …and we are very happy to have Black Star Riders on the bill this year”

Ricky Warwick “Download is one of my favourite festivals and to be added to the main stage bill for this year with such a fantastic line up ….well to say we are ecstatic is an understatement. It’s going to be a great day and thanks to all the support from everyone that’s contributed to our success to date”

Tickets are still available for this years event at www.downloadfestival.co.uk in both weekend and one day formats.