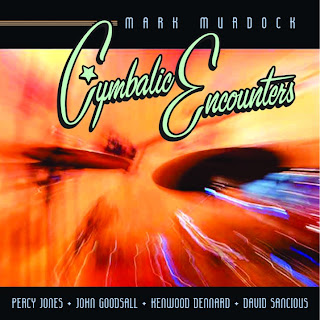 A few months back I reviewed independent recording artist Mark Murdock's new CD, 'Cymbalic Encounters', along with my positive review, many more followed. Due to good word of mouth and wonderful promotion, 'Cymbalic Encounters' is now being unleashed on the world with a previously unheard of bonus track on June 17th. I welcomed the opportunity to ask Mark a few questions.

CRR Dot EU: Mark, Can you start off by telling us about this new release date?

Mark Murdock: On June 18th 'Cymbalic Encounters' is being released worldwide via Gonzo MultiMedia which houses a host of notable Prog artists. I feel 'Cymbalic Encounters' has found a nice home with Gonzo. Up to the Gonzo release, the CD has been exclusively available through diskunion Japan and as a digital music download via cdbaby, iTunes, and Amazon. There will be a Bonus Track and an expanded insert with lyrics and more photos on the Gonzo release.

CRR Dot EU: What has been the most rewarding response to 'Cymbalic Encounters'?

Mark Murdock: I have received a number of thumbs up for bringing John and Percy together on record, most likely from Brand X followers. I believe it has been a number of years since they have collaborated on any given project. More importantly, of course, is that the music has been for the most part well received. Some key radio programs like CRR Dot EU and stations in Europe aired it and there have also been numerous reviews featured in many key music magazines, all of which I wasn't really expecting. I initially envisioned the CD would have a sort of an underground appeal amongst some shady group of characters from the late seventies. 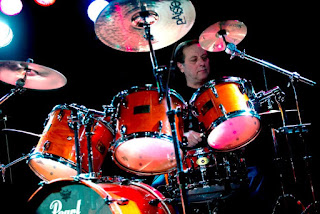 CRR Dot EU: Have their been any attempts to play this music live?

Mark Murdock: There was an attempt to bring everyone together as a Brand X reunion and Cymbalic Encounters set here in Tokyo. Actually, I was asked by a promoter to do a Japan tour, and had agreement from all Brand X members but one key member. So to make a long story short, without this one key member it was an unlikely sale. So, at the moment I have a three piece group of local musicians, here in Tokyo, where we are rehearsing selected songs in hopes of playing a few local gigs.

CRR Dot EU: Regarding the songs, I was wondering what was the inspiration behind the song titles?

Mark Murdock: It's funny that you would ask me that question, Gary. I keep getting asked about the song titles, as the CD title suggests a play on words, Cymbalic and Symbolic.
Songs like 'Revert To My Senses', 'Illusion Nation' and 'Until The Sun Is No Longer' portray a kind of struggle of existence in an unpredictable world.
'Goodsall Funk Railroad/The Ballad Of Percy Jones', just came to me as John is a great funk player (Grand Funk Railroad turned into Goodsall Funk Railroad) and Engine Percy from the kid's show 'Thomas' that my son, Preston used to watch on Japanese TV. I'm not all that sure that Percy and John were approving of that. I might have pissed them off actually. I will be careful in the future, (laughs Mark).
'Sunning Hill' was the name of Phil's old flat in Epson, Surrey U.K. (flat 3) that I used to visit when he was playing with Brand X. The flat had purple wallpaper, a red piano and a green painting on the wall of Eno’s Another Green World. They were in real need of an interior decorator. It was like a flashback to the psychedelic 1960's.
'Philosophically Sound' has an intelligent kind of melody similar to a scientific formula. Percy is an inventor at heart so perhaps this song has some kind of equation hidden in the melody?

CRR Dot EU: Do you plan a follow up to Cymbalic Encounters? 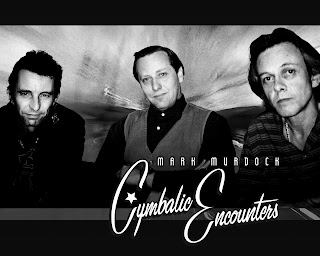 Mark Murdock: My son, Preston is playing electric sitar and has a few guitar spots.
Desirably, I would like to incorporate some new guest artists on the CD and I have in fact invited a few respected musicians. Not sure who will end up on the recordings yet. Stay tuned..... Oh, but I can reveal that I have a professional cello player on a few tracks, which is a departure from previous projects I have attempted.

CRR Dot EU: You live in Japan. Any cool promotion there?

Mark Murdock:The Japanese magazine 'Strange Days' interviewed me. It is a popular music mag here which did a three page feature on the CD. They seemed interested in my involvement with Peter Banks (YES - R.I.P). Someday perhaps Mark Murdock will be a household name! Isn't he the sushi song guy?

Mark Murdock: Spread the word
CRR Dot EU: Thanks for the time Mark. We here at CRR Dot EU are confident the Gonzo release of Cymbalic Encounters to be just the start of even bigger and better things. Already looking forward to whatever the next musical adventure will be.