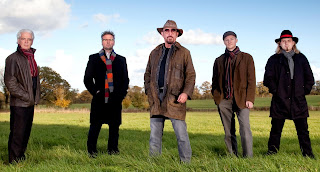 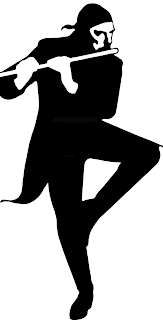 IAN ANDERSON TO BRING HIS THICK AS A BRICK TOUR
TO THE LEGENDARY ROYAL ALBERT HALL
After the enormous success of his 2012 UK tour, Ian Anderson is back for a very special one-off show at the Royal Albert Hall on 30th June; Thick as a Brick returns ‘home’ to the prestigious London venue after 41 years since it was first performed there. The gig is part of an extensive world tour taking the Jethro Tull’ icon to Europe, USA, Japan and South America; This will be the only production Thick As A Brick UK date in 2013 and tickets are going fast.

Ian Anderson says “So - bugger me, but it’s back to the Albert for a recreation of the 1972 performance. If only Victoria could be there too. She might have rather liked it. In a funny sort of way. I might try to get a few guests in too if they are not washing their hair. But I will have shampoo at the ready and a hot Fray Bentos pie at backstage catering. That might do it. At least I get to sleep in my own bed afterwards.

Hope to see you there. Bostock rools.  Kiss, kiss."

The ‘Thick as a Brick’ show is a two part Prog bonanza where Anderson and his band will be performing his Jethro Tull’ 1972 classic in its entirety, followed by recent material from its 2012’ sequel. Both albums will be performed as recorded, seamless 55 minutes long tracks with a 20 minute intermission.  Video projections and theatrical elements will offer a sumptuous background for this unforgettable milestone in the history of rock.

‘Thick as a Brick’ was a concept album based on a poem written by fictitious 10 year old boy Gerald Bostock, behind which hides Anderson himself. ‘Thick as a Brick 2’ was written and released by Anderson as a celebration of the original’s 40th anniversary, and examines the possible different paths that the precocious young schoolboy might have taken later in life; alter-ego characters are used to illustrate the infinite potential twists and turns of fate and opportunity.

Anderson has been leading Jethro Tull for 44 years; they toured 54 countries worldwide and recorded 30 studio albums, selling over 60 million albums in their career. Widely recognised as the man who introduced the flute to rock music, Ian also plays ethnic flutes and whistles together with acoustic guitar and the mandolin family of instruments, providing the acoustic textures which have been an integral part of most of the Tull repertoire and his solo material. In his most recent solo concerts, Ian has been accompanied by orchestras, string quartets and featured soloists; his eclectic acoustic shows are also a hit with fans of the genre.