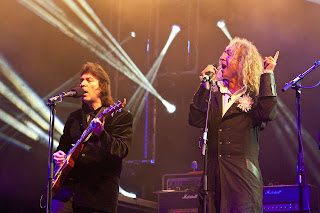 
Just a reminder that the first leg of Steve Hackett's Genesis Revisited Tour starts on 9th May in Aylesbury – there are still tickets available for This show although you are advised to be quick as the tickets are selling fast!

The Genesis Revisited Tour will be Hackett's biggest production to date, incorporating classics from both Genesis Revisited albums in a unique show not to be missed. Steve Hackett is the first member of Genesis to revisit this phase of the band’s history and fans have welcomed the opportunity to take a trip down memory lane, with many dates already sold out.

Also Selection – a single CD version of the shorter tracks taken from his Genesis Revisited II album is released during the UK Tour out on 13th May. This also features a brand new recording of Carpet Crawlers with Ray Wilson on Vocals which  was previously unavailable. The Full track listing is below
1. Carpet Crawlers
2. 11th Earl of Mar
3. The Lamia
4. Dancing with the Moonlit Knight
5. Entangled
6. Shadow of the Hierophant
7. Can-Utility and the Coastliners
8. Afterglow
9. Blood on the Rooftops 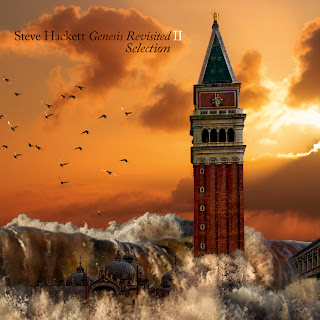