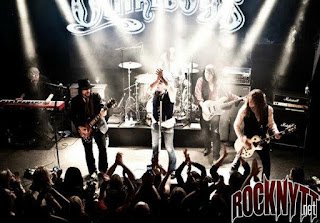 
It’s hard to believe that the Quireboys have been doing their Gypsy Styled Rock n Roll for 29 years now. Since the early days when Mrs O held the reins, The Quireboys have played in front of millions of rockers worldwide as well as selling the same over the last 6 studio albums. They’ve played nearly every major festival worldwide, supported Guns n Roses, The Rolling Stones & Bon Jovi on major events, collected more air miles than Branson and have very recently finished their 7th studio album, which is sounding nothing short of incredible.
It may have taken a few years in the making, but when you hear this stunning new production, you will be engaging with a new generation of The Quireboys, who have taken all their old skool “Rock n Roll” values and evolved it, into a new modern sound, which can only been described as stunning.

Beautiful Curse, which has all its artwork themed around The Hispanic festival, “Dia de los Muertos” ( Day of The Dead), will be available everywhere, digitally and physically on 1st July 2013.
12 special tracks, tackling every style, The Quireboys have even deployed plus some new twists that should guarantee some satisfaction to the horde of fans that have been starved for the last few years.

The Album will be preceded with the single ”Too Much OF A Good Thing”, which will be released digitally worldwide on the 21st May. 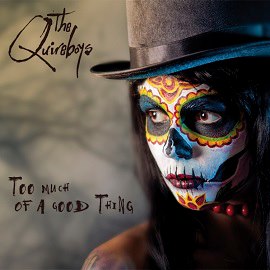 Spike, Guy, Paul and Keith have all marked this as the best thing they have done since the legendary “A Bit Of What You Fancy “ back in 1990. Add in the incredible production talents Of Chris Tsangarides ( Judas Priest, Thin Lizzy, Gary Moore) down at The Ecology Rooms in Dover plus the legendary Simon Hanson ( Squeeze) being added to the Rhythm Section, and you can easily see why we are all excited.

With a new multi lingual website, new manager, new agency, new album and modern sound, 2013 can only be the year for The Quireboys.

But as you all know..Its only Rock n Roll !!


The Quireboys are touring Europe across 2013. Following a hugely well received tour with Saxon in April/May 2013 the band have following dates confirmed