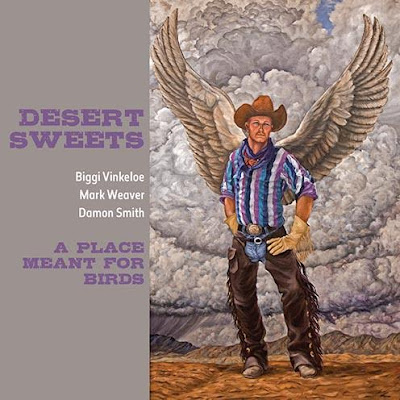 Writing while under the influence of Desert Sweets

I begin by visualizing a watering hole that could be located in any small town, or large city. A building on the corner, where the wooden floors could use a good mopping. In the middle of the business establishment was a spot where there were several pool tables. Musical notes from different instruments can be heard throughout the bar, but I was too twisted to figure out if it was a performance, or a rehearsal. The faint smell of cigarette smoke courtesy of a lady outside smoking nonchalantly near the barely opened shit house window.

One night in the Big Apple, I literally walked face first into the front doors of an old and at the time nearly forgotten Ed Sullivan Theater, because I wasn't looking where the fuck I was going. In my late teens, or early twenties. Bar hopping in NYC, decades ago, was always an eye-opening experience for me.

For hours I sit and drink at my favorite at the time drinking establishment. I simply felt at home. As a child in 1969, I watched the Apollo Moon Landing while sitting on a bar stool, on a television set located in a South Amboy, New Jersey tavern because my Father stopped going home after Mom died. A professional musician who drank herself to death. On nights she worked, I was allowed to watch her perform one set, while eating a hot tomato pie. And here we were, my Father and myself, back at the scene of the crime.

While Pops best friend, and he were on non speaking terms, Dad's drinking buddy aka the town drunk, while out and after having consumed possibly one alcoholic drink too many, fell backwards from his bar stool, and landed head first on the hard floor below. Looking the same as any of the other times he was publicly intoxicated, people at first stepped over and around him. Again, not the first time Ace was found while looking down from a stand up position. This would be his last. The man when breathing and not totally shit-faced, enjoyed quiet times at home watching the boob tube with his elderly Mother, who unfortunately had the difficult task of having to bury her one and only son.

"OK Class, time to put down your pencils."

And there you have it. I had totally no idea what I was writing about, before I wrote (typed) it. While the creative juices were flowing, in the background, coming out my home stereo system, was my one and only inspiration. Desert Sweets newest release; A Place Meant For Birds. An almost all instrumental true avant-garde project. The groups first in over a decade. Just under fifty-five minutes long. Seven tracks total, with two of them coming in at over the ten minute mark. Three very talented / seasoned musicians. Captured live in New Mexico a couple years ago. While I was recently thinking about how I was to go about writing about it, the idea popped in my mind about doing some 'improvisational writing'.

Hearing 'A Place Meant For Birds' inspired me to apparently write about pubs of long time pass, and of some of my recollections regarding one, King Alcohol. Wasn't planned. Sounds triggering old thoughts and memories. Glad the opportunity arose to tell the world about about Ace. He was really into baseball, and favored pitchers. Totally blitzed while standing in the middle of a public street, he'd pitch a perfect game. Never got to experience his glory because the police would always arrive by the ninth inning. When quized later on, he would respond with how the rest of the game went. Happened more than once. People would come out of their house, and sit on the curb watching him. Didn't like it when someone would trash talk. Was skinny like Gilligan on that tv show about the stranded castaways. Wish I remembered the man's real name. May 'Ace' rest in peace.

Knowing your craft, one learns keeping doors open, can help one get craftier. Expand one's regular horizons. Exceed one's boundaries. Frank Zappa was perhaps my first exposure to anything musically out of bounds. That and the sounds I would hear when I spun my Partridge Family albums backwards. Instead of hearing them singing 'come on get happy', in my already then warped little mind it sound to ME like; "I AM SATAN AND I WILL EAT YOU!" And then I'd let go of the needle, and I'd hear them sing normally; "Come on get happy." I digress. For myself progressive rock exceeded the three minutes / three chord / repetitive beat format of pop radio that I was immersed in my youth. Also, being incarcerated in Asbury Park, New Jersey, at the ripe age of thirteen, first exposed me to black people and jazz music. The hippest guards were smoking weed when all was clear, and pumping out the jazz fusion. All while beating me in the game of chess. Lesson learned was to always keep an open mind when it comes to music. And for the most part, that I have.

Avant-garde not have the same interest with the general public as adult contemporary, standard rock music has. To give this a rating as I would anything I normally would, simply would not be fair. Thing is, some people out there upon giving this thirty seconds of their time, would dismiss what they heard, as perhaps not even being not music at all. Meaning not traditional music per-say. Sally's not coming around any mountain here. Yet it's all sound with one purpose, to make the brain react. So Sally can still come with her six white horses, and hopefully not have any hay stuck between her butt cheeks. The human mind in all its glory, is engaged. Nice when the response is favorable.

Right here and right now, I'm officially saying the new Desert Sweets release called, A Place Meant For Birds, is worth the money to acquire it. If I was doing a one to five star review with one star meaning it sucks uncooked turtle testicles, to five stars meaning it's well worth having in the personal collection, I'd then follow that up by saying something much like this; Uncle G gives Desert Sweets - A Place Meant For Birds …5 stars!

Also getting a 5 star review … the cover art. LOVE IT! And the paper sleeve the CD comes in that has this uniquely interesting cowboy image, not surprisingly, has a nice feel to it also. No expense spared. The painting is called, Cowboy Angel II, by Delmas Howe (2009). Catches the eye fer sure. An oil on canvas, 70" by 44".

OH..and don't believe that shit about the Partridge Family. No Satan, and besides who isn't happier at this moment any more than David Cassidy? So come on ... get jovial. You'll be glad you did.
Posted by Gary "Uncle G" Brown at 22:28