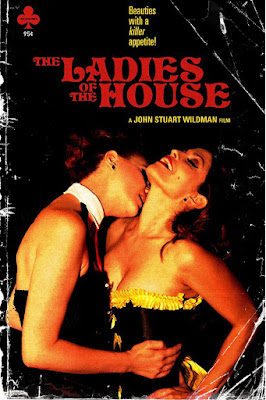 Like the television show Cheaters, this movie was filmed in Dallas, Texas. Of course next time around I'd suggest to the filmmakers filming in the great city of Houston. Still in Texas. Not that anything is wrong with Dallas. I moved to Houston in '86, and then moved out to a small neighboring town called Katy, in '14. Twenty eight years I lived in Space City. Looking back on almost three decades, I can say while there, that the fourth largest city in these United States, did me well. Really I just got bored living there, and was looking for a change.

In Dallas it's colder in the winter. They get ice and snow there. Houston as a rule, does not. Ruins it for me living in a place like Dallas, because I absolutely hate living in real cold climate. Snow and ice is where I draw the line. The summertime temperatures in either Dallas or Houston can be at times, awful hellish. Not that anyone gets used to the sweltering heat. Every year, millions of folks get by the best they can, including yours truly.

Since being in Texas, I have been to Dallas a small handful of times. Speaking of the cinema / movies, on one trip there I met indie film director / producer Charles Band at one of his Full Moon Road Shows, back in '08. With him, the lovely actress Robin Sydney (star of Full Moon's Gingerdead Man). And musically, Dallas rocks as well. Always a good show to be caught somewhere. I witnessed the original line up of Asia at the House of Blues there a few years ago, and met former Yes lead singer Jon Anderson, there back in 2012. But I still like Houston better.

Jumping ahead to the present, the big news here in Katy Texas among the film buffs, is that I (Uncle G) actually watched the same movie TWICE in two days. It's called; The Ladies of the House. A fairly new indie horror / suspense film that I caught by chance while surfing Hulu's horror movie category. I get Hulu monthly for their extensive television library. They also showcase movies worth checking out as well. Such is the case with; The Ladies of the House. And as I said in the beginning, filmed in Dallas Texas.

The person with the most star power in the cast of, 'The Ladies of the House', is mostly known for a career in adult X-rated flicks. Participating in more serious hardcore activities that according to actress Michelle Sinclair, whose known in the adult film industry as 'Belladonna', 'paid more' than just regular / normal on camera sex did. As well it should. In the business since 1999, she told Diane Sawyer in a televised interview that she was able to pay for a sister of hers to go to college, with some of the money she was making. Most actresses in adult films piss their money away and end up having nothing to show for it. So maybe this story on this one individual is different? Most are tragic. So much so, that I don't get into porn myself. To each, their own. Human beings are sexual creatures. I have no problems with adult consensual sex, or it being filmed and viewed by the masses. Personally I don't get off watching females doing sexually explicit things they really otherwise would not be doing, just because they got to pay the rent.

Thing is, it wasn't Michelle that attracted me to this new indie offering. I knew nothing of her / Belladonna before streaming this film...twice. I was just maybe interested in viewing something on TV while eating dinner (pasta and sausage with a glass of chilled sangria). The title caught my eye; The Ladies of the House. That's how it happened. Then I decided I wanted to write about it, so I watched it again, and took notes while doing so.

The internet streaming network Hulu(Plus), states it came out this year (2015), but the IMDb website says 'The Ladies of the House' came out in 2014. Could have had a limited showing? Today, it's released to the masses. "The Ladies of the House' can be found in several places of the world wide web. Just checking, I found out for $3.99, one can view it via Amazon Dot Com. Can be purchased on disc as well.

After enjoying my dinner, I kicked back and dug in watching the rest of the movie. A cool ass B horror flick about vengeful (rightfully so in this situation) cannibal bi-sexual strippers. Read on still curious person.

The bi-sexual stuff is tastefully done, girl on girl, and for those who dig the sex stuff, some hetro sex is included in the spinning of this yarn, as well. Not that heavy. Besides, this isn't a sex film. The four actresses who share star billing are in fact playing women who are young and healthy sexual creatures. They are, after all, strippers. Very little full on / direct nudity by the way. Not really needed. Better sometimes letting one's imagination do it's job. A reflection of a well done directional job by rookie film director; John Stuart Wildman. Plenty of good conversation and goings on in between the naughty / gross bits to keep one's attention.

'The Ladies of the House' is actually a solid story. Paced very well. Clever dialogue. The guys in this film are point blank assholes', and unlucky for them, the ladies have the upper hand here. Teaches what can happen if deciding to follow a dancer home. Bad idea for the three young men out having a good time. The first time around director receives a writing credit as well along with the gifted story-teller / writer Justina Walford. And they are also listed as producers with a small group of others. Not that it takes a village to make a good horror / suspense film. But it helps to have a good crew, in which it seems those behind the scenes at 'The Ladies Of the House' were.


Using the IMDb one to ten star rating system, whereas one star means it's bad, to ten stars in, which means it's good, Gary "Uncle G" Brown gives 'Ladies of the House', a solid 8 stars. Story got a little confusing towards the end. Also, the BIG guy's death was gruesome and all, but shouldn't he made more noise when finally fatally assaulted? I guess in my mind that I wanted to hear him squeal loudly like a pig. Guess he went into shock. So in my mind anyway, a couple scenes that maybe could have used tightening. Damn near a perfect B horror movie, and really worth viewing more than once.

The film's score by Yasuhiko Fukuoka was very well done. I have seen requests from people on the Internet asking about where to buy a soundtrack. Very impressive!

Overall, I enjoyed 'The Ladies of the House' very much. Would of course recommend it to other B movie horror fans like myself.