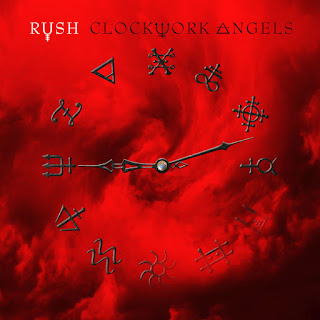 Rush Announce UK Arena Tour in May 2013
Legendary Canadian band Rush have announced details of a UK Arena tour to take place in May 2013.The dates are listed below

Tickets go on sale for the shows at 9AM on Friday 18th May priced at £60/£70 (Su7bject to Booking Fee) and will be available from the following outlets :
http://www.ticketmaster.co.uk/

These dates will be the first dates from the band in the UK since the hugely successful Time Machine Tour in May 2011.
The tour dates come hot on the heels of the announcement of the latest Rush album Clockwork Angels which will be released through Roadrunner Records on June 11th
The album will be released via a "Fanpack" which will come as part of a specially commissioned magazine with contributions from the Classic Rock Magazine team of journalists. The fanpack can be pre ordered here
www.myfavouritemagazines.co.uk/rush

All earlybird orders will receive a personalised Rush Poster!

You can read More about the album Here:
http://classicrockradioeu.blogspot.co.uk/2012/04/rush-returns-with-clockwork-angels.html