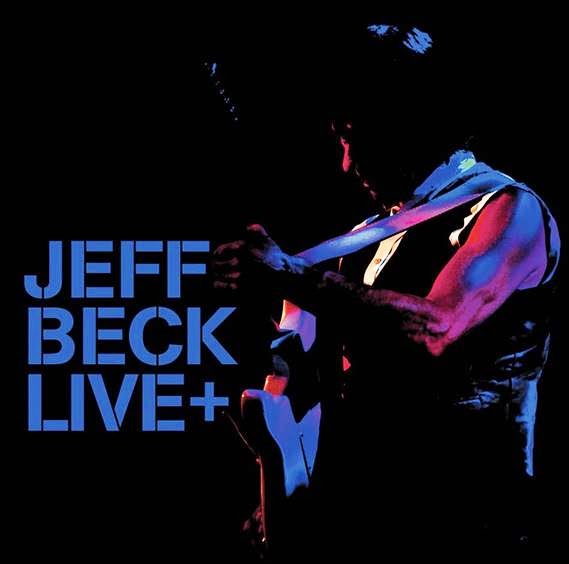 New Solo Dates Announced For May,
Tour Kicks Off April 13, Includes Dates With ZZ TOP
Jeff Beck earned raves last year for his spellbinding performances during the hugely successful double-bill tour with ZZ TOP. Fans can relive Beck’s thrilling guitar gymnastics from those shows with a new live album that touches on key eras from the legendary artist’s influential career. The album captures a snapshot of Jeff’s work in 2014, with two newly recorded studio tracks also included, his first new music since 2010’s Grammy®-winning Emotion & Commotion.
Packed with more than an hour of music, JEFF BECK LIVE+ will be available from Atco Records, an imprint of Rhino Entertainment, on May 4 ON CD and will also be available digitally. The album will arrive as Beck is in the midst of an East Coast solo tour, which includes newly added dates in May. This trek also features make-up dates from the same ZZ TOP tour this album was recorded during, before it was cut short due to an injury to ZZ TOP bassist Dusty Hill.
The 14 live performances on JEFF BECK LIVE+ were recorded at multiple venues in 2014 and feature Beck backed by his band: vocalist Jimmy Hall, bassist Rhonda Smith, drummer Jonathan Joseph and guitarist Nicolas Meier. The quintet explored Beck’s vast catalog—which stretches across five decades—with performances of “Morning Dew” (from Truth, 1968), “Superstition” (from Beck, Bogert, Appice, 1973), “Big Block” (from Jeff Beck’s Guitar Shop, 1989), as well as two Grammy-winning tracks: his cover of the Beatles’ “A Day In The Life” and “Hammerhead.”
LIVE + concludes with two new studio tracks: “Tribal” and “My Tiled White Floor,” with   guest vocals from Ruth Lorenzo and Veronica Bellino, respectively. These aggressive new songs mark Beck’s first studio recordings since 2010 and show a stark departure from the sound on his previous album as the guitarist continues to push the envelope of musical innovation, just as he has his entire career.  These tracks are sure to whet the appetite of Beck fans as the guitarist prepares his 17th studio album, which is expected later this year.
Throughout his career, Beck has also proven to be a brilliant interpreter of other’s songs. This live album doesn’t disappoint with covers of “Danny Boy,” Jimi Hendrix’s “Little Wing,” Mahavishnu Orchestra’s “You Know You Know,” and Sam Cooke’s “A Change Is Gonna Come.”
Beck’s career took off in the mid-1960s, after replacing Eric Clapton as lead guitarist for The Yardbirds on the recommendation of his friend Jimmy Page. He played on several of the rock group’s hits, such as “Heart Full of Soul,” “Shapes of Things” and “Over Under Sideways Down.” Beck has been inducted into the Rock and Roll Hall of Fame twice: once with The Yardbirds in 1992 and again as a solo artist in 2009. He has won numerous Grammy Awards, including two in 2011.