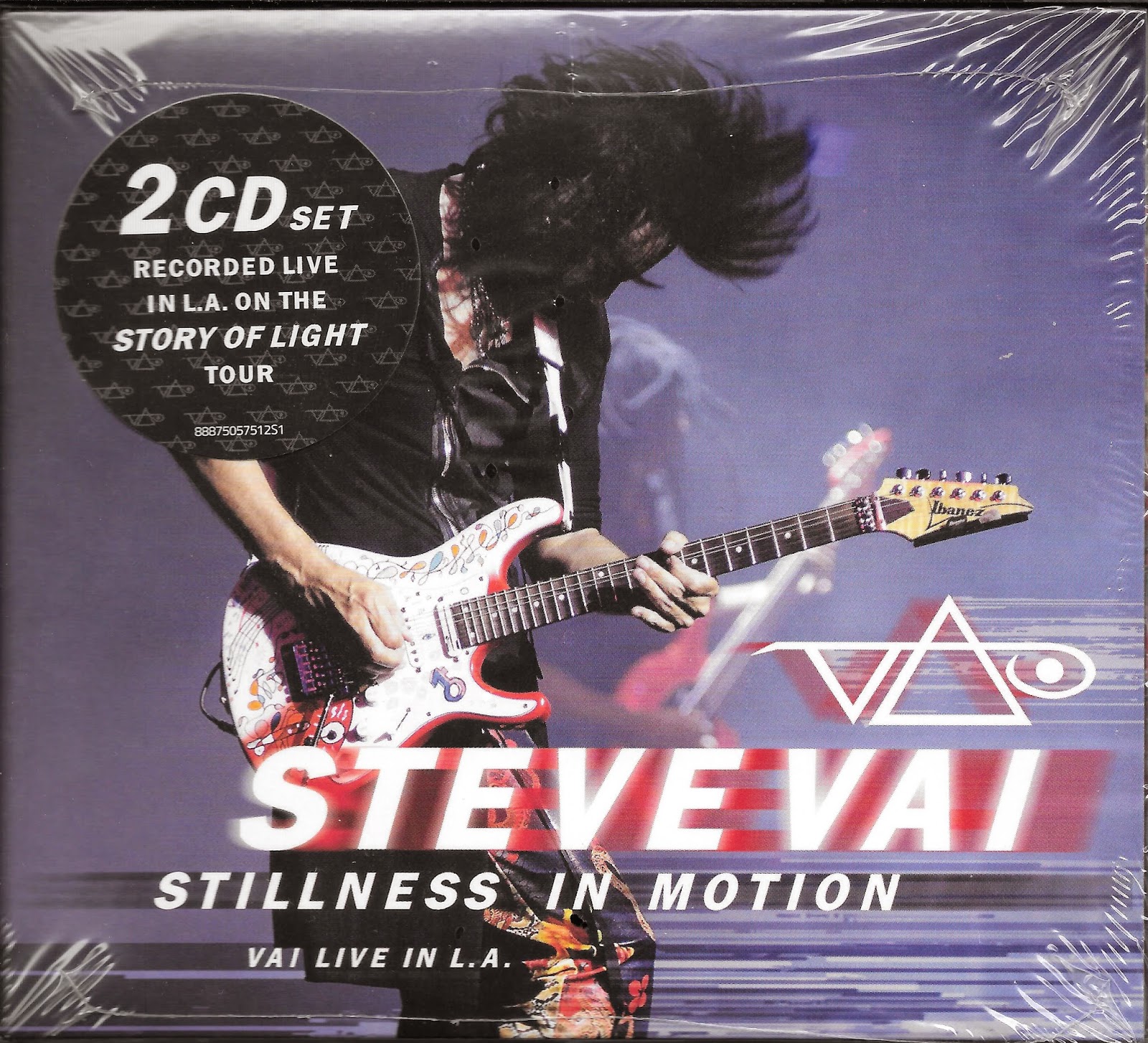 This past Tuesday (the 7th) I was lucky enough to get in on it's first day of being released, the new and highly anticipated live double CD (also on DVD), by guitarist Steve Vai. A brilliant musician mostly known in the classic rock world for either working with the legendary Frank Zappa (deceased), or one of classic rocks coolest vocalist. In my eyes, the one and only front man of Van Halen, Mr. David Lee Roth. Steve made two studio albums with Dave as part of the David Lee Roth Band; Eat 'Em and Smile (1986),and Skyscraper (1988). Both releases were highly popular. On tour these guys were super tight playing a setlist of Van Halen / DLR songs. Yankee Rose smoked!

Now in the year 2015, and with an outstanding catalog of music behind him, comes what I believe to be an excellent representation as to what kind of musician that Steve Vai turned out to be. Dude knew his shit back in the late 1970's when Frank Zappa took notice. Not a teen anymore, but a man in his early 50's, Mr. Vai is still very much capable of making people take notice, if not even more so. Evident from the opening notes of what would be the 49th show from a tour that lasted over two years, with a total of 253 total engagements. Now officially released for mass consumption. When playing remember to buckle up, for it's quite a ride.

In support of Steve's 2012 studio release, The Story Of Light, the tour started in August of 2012, and finished in September of 2014. After listening to the whole concert that was taped on October 12, 2012 from Los Angeles, California, my first thought was how I wished I could have been lucky enough to attend. The next best thing will be the DVD for me. A MUST HAVE especially after enjoying the 2 disc CD so much.

Rating: Expect the hard rock moments, and the beautiful ones as well. The whole band's polished. Listening to both CD's back-to-back, and especially for the already established fanbase, is very much a treat. Was a given the tour had to be properly archived in such a fashion. And you can't say I didn't tell you, yes a lot of this is instrumental. Makes for awesome background party music, be it a party of two, or a crowd. Over all is highly entertaining! Twenty two tracks that demonstrate what happens when one devotes himself to something their entire life, and then find other musicians with the same passion, that can help present the finest rock n' roll show possible. Mission accomplished! For those in his fanbase, just one variation, for every show by Steve Vai is a unique experience. Here's one for the books. Produced by Steve Vai. A very cool addition to my personal CD collection, for sure. As I'm sure it will be in yours. Or DVD ... let us NOT forget.

Using the one to five star rating system, whereas one star pretty much means the recording sucks through a long straw, to five stars meaning it's worth spending your hard earned cash on, Uncle G rates Steve Vai - Stillness In Motion_Vai Live In L.A. - 5 stars! Not a blemish anywhere. Steve Vai ROCKS!