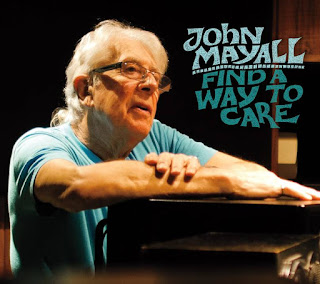 For over 50 years John Mayall has served as a pioneer of blues music, rightly earning him the title ‘The Godfather of British blues’. In 2013, John signed with producer Eric Corne’s label, Forty Below Records and has since been experiencing a true artistic and career renaissance.

This revival continues with the release of a brilliant new studio album entitled ‘Find A Way To Care’, produced by John and Eric at famed House of Blues Studios in Encino, California.

Watch The Album Trailer Below: