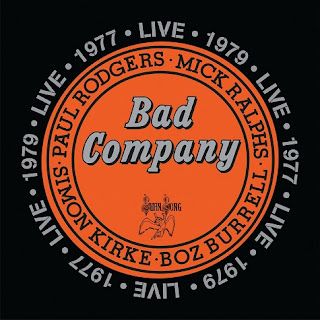 BAD COMPANY: LIVE 1977 & 1979
Double-CD Set Is The First-Ever Official Live Album To Feature The Band’s Original Line Up And Includes Two Previously Unreleased Concerts
Available From Rhino On April 29
LOS ANGELES – Despite its reputation as one of the most exciting live bands to ever rock an arena in the Seventies, Bad Company never released a live album during its meteoric rise to the top of the charts. That will soon change when Rhino introduces the first-ever official live album to spotlight the original Bad Company line up: Paul Rodgers, Mick Ralphs, Simon Kirke and Boz Burrell.
LIVE IN CONCERT 1977 & 1979 will be available on April 29 as a double-CD set. The collection includes more than two-and-half hours of unreleased music taken from 24-track tapes in the band’s vault. The music heard on this live collection features absolutely no enhancements or overdubs, nothing but the band as they performed live on the night of the concert. Vinyl fans take note: the concerts will also be released individually as double-LP sets later this year.
LIVE IN CONCERT 1977 & 1979 includes two previously unreleased concerts – with one additional track taken from the group’s June 26, 1979 show in Washington, DC.
The first disc captures the band’s show at the Summit House in Houston, Texas, which took place on May 23, 1977. It was recorded during Bad Company’s tour supporting its fourth studio album Burning Sky. After opening with the title track from the album, the band went on to play selections from all its previous albums: Run with the Pack (1976), Straight Shooter (1975) and Bad Company (1974). Among the crowd-pleasing highlights are strong performances of “Shooting Star,” “Ready For Love,” “Good Lovin’ Gone Bad” and “Feel Like Makin’ Love.”
The next disc fast-forwards two years to the band’s March 9, 1979 show in London, which was recorded during the band’s tour for its multi-platinum album, Desolation Angels. Several songs from that album were performed during the show, including “Rock ’n’ Roll Fantasy,” “Gone, Gone, Gone” and “She Brings Me Love.” The group also performed several songs from earlier albums that weren’t part of the 1977 concert, like “Run With the Pack,” “Rock Steady” and “Can’t Get Enough.” 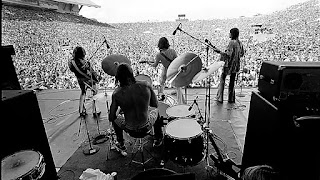 Photo Credit Carl Dunn
LIVE IN CONCERT 1977 & 1979 also includes the band’s stellar cover of “Hey Joe,” which was recorded on March 9, 1979 at the Capitol Center in Washington, DC.