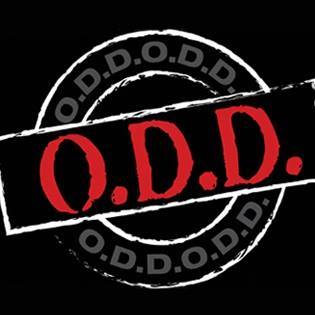 Your first impressions of bands (and people) are very important O.D.D. look like they just parked a bunch of Fat Boy Harley's out in the parking lot. They wear jeans, boots and T shirts look around so do we . They appear hardcore and badass and if that is the impression you get? Then we are on the same page because they deliver  their rock in that way guaranteed to get the blood pumping  tight, heavy and loud, hell they have more talent than a whole series of TV shows. They are not pasteurised, manufactured,  milk fed, mommy's boys twisted into shape to please panels of ex-celebrities. What we have here is a group of musicians who breathe rock like normal people breathe air, they play for people who want songs that don't survive by repeating 'baby' twenty times in a row but have heart, meaning and above all a stomping rhythm.
We got to hear their new EP through some of  the stages of  mixing (why I love this job) you could have pretty much pressed it on the first mix with so little to do, credit is that they managed to add depth without  losing the crisp fresh feel and what you have is a dammed impressive  disc, one you really need to hear ideally through a massive set of speakers ...... but if you are using headphones
**Warning- turning your device to eleventy stoopid may damage your ears**
Click here to rock ! 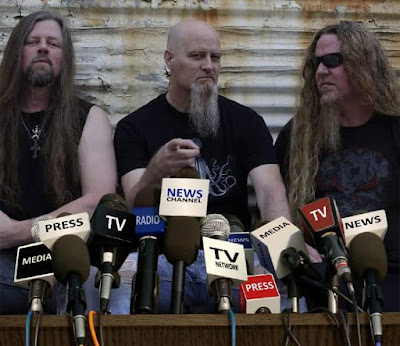 I had the opportunity to ask the band a few questions about their background and how they were getting on with the album,  I reckon it is only a matter time before we see them on the big festival stages.

DW--  O.D.D. is pretty well known around Atlanta how long have you been performing together as band ?

ODD- We have been playing out live for about 2 years now. Initially just in the Atlanta area, but we are starting to branch out and get shows in other cities around the Southeast, which we are very excited about. Our lead vocalist / lead guitarist David “HDS” Smith started the project by recruiting Gunny on bass. We worked with a couple of drummers before finally drawing in Ken “The Muffer” Reaves, who moved to ATL from Birmingham after a few months of initial rehearsals. 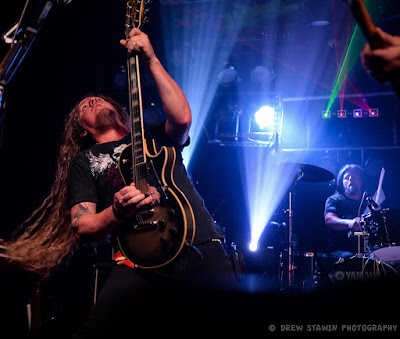 DW -I've been following your work with interest seeing quite a few video clips, am I right thinking you are heavily into Led Zeppelin?

ODD- Absolutely! Led Zeppelin is a huge influence on just about everything we do. There isn’t much that can be said about Led Zeppelin that hasn’t already been established for decades! Other major influences for us as individuals and as a band are Rush, Kiss, Iron Maiden as well as bands like Kings X, Pantera and Anthrax.

DW- I did hear you were performing in a rock band competition I understand it went very well for you?

ODD- We sure did and it went very well on many levels. We ultimately did not “win” the competition but it was great to play at the historic Masquerade twice during the competition before it is no longer there. We advanced to the finals and got a lot of great crowd response and positive feedback from the event organizers. Besides our O.D.D. fans there, we definitely acquired a bunch of new ones. 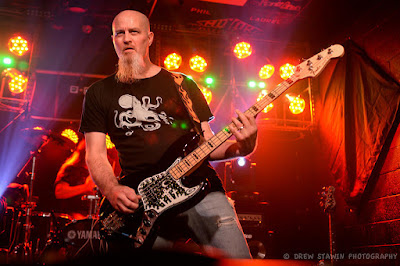 DW.-Word has evidently been getting around with the bookings to open for Gilbey Clarke, Saving Abel and Skid Row how do you feel about the increased exposure ?

ODD -We couldn’t be happier about getting the opportunity to do opening sets for these high profile, national touring acts. Those are the exact kinds of shows we strive for and love the most and actively pursue more. They are great exposure and put us in front of the type of fans that we believe will really dig what we are doing.

DW- You have a pretty big repertoire of classic rock song covers to call on for your stage shows right from AC/DC to ZZ Top if you were limited to just a five song set who would you open and finish with?

ODD- That’s a tough question to answer. We’d probably start with Led Zeppelin, then onto Rush and finish the set with Frampton’s “Do You Feel Like We Do”. The talk box guitar solo at the end of “Do You Feel” is always an unexpected treat and the crowd loves it every time!


DW- Hearing the early mix of your new recording I'd say it went well definitely in the spirit of go heavy, go hard with some very Black Sabbath like depth particularly "In The Shadows" , how close are you to releasing it as a completed EP ?

ODD- You are spot on with your take on the EP. As far as that particular recording is concerned, no further releases are planned. We sell the EP at shows and have also distributed it to many internet radio stations around the US and abroad. 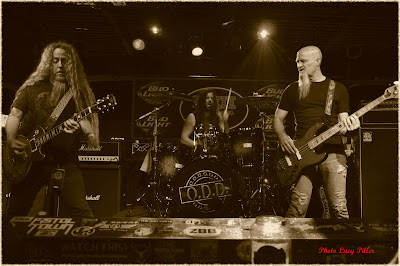 DW.-What are you recording plans after this EP, have you more material that you have performed and is getting a good audience response that you feel maybe the basis of a full album?

ODD- We are currently in the studio working on the full length album which will include, probably, re recorded versions of all 3 tunes on the EP. We also have several brand new songs that we haven’t even played out live yet and songs that have been a part of our live shows for some time will be on the album. We get really fantastic responses to our original songs everywhere we go and we want to capture that live energy on the album. All of the new material emphasizes heavy grooves and riffs characteristic of early Black Sabbath, yet staying true to the melodic vocal component of O.D.D. 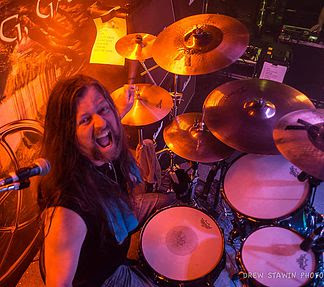 David, Gunny, Ken thank you for taking the time to talk to Classic Rock Radio we'll see you all backstage before you go on before too long!
DW.