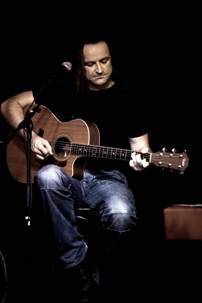 From September Damian Wilson will embark on an adventurous trek of playing songs from his solo albums, including a selection never performed live before, and songs from the various bands he plays and has played in. There will be a select number of special shows in which he will be joined on stage by the people who were at the heart of the original recordings. The Damian Wilson Ensemble

Damian Wilson is a singer-songwriter widely known for his contribution to the progressive rock and metal genre as lead singer for bands such as Threshold, Headspace and Landmarq. He has recorded four solo albums, released a live DVD set and a double disc ‘best of’ compilation I Thought The World Was Listening 1997-2011. 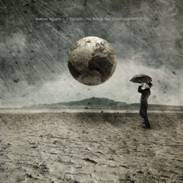 As a well respected and highly sought after guest vocalist he has worked on projects with Ayreon, Star One and Gary Hughes. Damian has also worked with Rick Wakeman's English Rock Ensemble, Guy Fletcher, Aina, After Forever, Mostly Autumn and Praying Mantis. He is currently front man for Headspace, Threshold and the Maiden uniteD project.

He played the lead role of Jean Valjean in Les Misérables on their UK National Tour and has been voted 'Best Vocalist' several times at the Classic Rock Society UK annual awards.

The Damian Wilson Ensemble comprise Andrew Holdsworth on piano. Andrew produced and played on all of Damian's solo albums; being a constant factor in almost everything Damian has released as a solo artist, Tony Woollard on cello. Tony played on almost all of Damian's solo albums. No one else understands these songs better than Tony and Damian of course, telling the stories behind the songs, special guests will join the Ensemble along the way.

http://www.damian-wilson.net/
Posted by Jon Kirkman at 14:47