JON LORD -ALL THOSE YEARS AGO A limited edition book, vinyl single, DVD, art print presented in a beautiful presentation box and slipcase. Full details to be confirmed. Released Dec 2013. 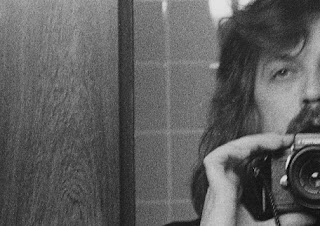 JON LORD -ALL THOSE YEARS AGO
A limited edition book, vinyl single, DVD, art print presented in a beautiful presentation box and slipcase.
Full details to be confirmed.
Released Dec 2013.

Rufus Stone limited Editions is proud to announce a new, lavishly produced photobook on the life and career of the late Jon Lord. Currently in production, the book will feature exclusive, never before seen, personal family photographs, contributions from Jon's colleagues, friends and family, unpublished professional images and new, previously unreleased music and a live DVD.

At Rufus Stone we always wanted to produce a large format, mostly photographic book of Jon Lords incredible and respected career in the music industry. Jon's illness put this plan on hold but though he is no longer with us to contribute in person, it has been decided by Vicky Lord to produce a book, with the family, friends and musicians who worked with him through out his life, all contributing personal material and memories.  The book is designed to be a massive photographic celebration of Jon's life and work, and will contain much rare and personal material from his early days (before he became a professional musician), through the Artwoods, and of course Deep Purple and beyond. His time in PAL and Whitesnake are also covered, and naturally his many orchestral projects. Recently discovered images taken by Jon himself during his touring days in Deep Purple will also be included.


As well as the book, previously unreleased music from Jon is also being included, and one track in particular called All Those Years Ago has inspired the title of the project. More never before released music, visuals and artifacts will be added to make this a true celebration of Jon Lord's life.

Although some of the material sourced for the book will be from professional photographers, it is appreciated that fans may wish to contribute memorabilia or images taken over the years at concerts and we will be happy to look at any material.  Please see the panel below if you wish to contribute. People interested in the book and the project can keep up to date with email newsletters by subscribing using the form on the right, and receive pre-publication information.

Details of the final format for the book will be announced before long.  It is currently hoped to launch the title at the end of this year. Plans to have a blue heritage plaque unveiled on Jon's family home in Leicester are well advanced.  In April 2014 a special memorial concert is being held at The Royal Albert Hall in London as a further celebration of Jon's music and life.

The book is being put together by Rufus Stone Limited Editions, who published the much admired Deep Purple California Jam title in January 2012, a project Jon was able to assist with and was enthused by.

For more details and to register for updates please visit the Official Website Here: