Legendary Singer/Songwriter Jon Anderson To Perform In The UK, Finland And Sweden, And To Be Honored In Las Vegas - August 2013 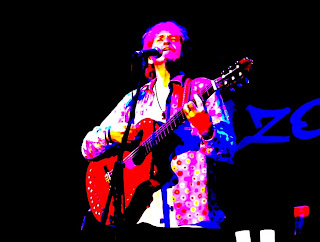 Legendary Singer/Songwriter Jon Anderson To Perform In The UK, Finland And Sweden,
And To Be Honored In Las Vegas - August 2013

Legendary vocalist Jon Anderson, YES's singer/songwriter for 35 years along with his successful work with Vangelis, Kitaro, and Milton Nascimento, will be performing special engagements in the UK, Finland and Sweden in August 2013. The shows promise to deliver an exciting mixture of material from Jon Anderson's prolific solo career, collaborations with Vangelis and classic YES songs, along with new compositions, highlighted by humorous and enlightening stories told by Jon.

Says Jon, “Performing the classic YES songs I wrote for the band, and Vangelis work is always fun and rewarding... I'll be doing some New song ideas, plus a classic Beatles song, plus a couple of surprises. I just have the best time singing on stage...Hope you find time to come and see the show!”

In other news, Jon will be presented with the 'Voice Of Progressive Music' special award at the 4th Annual Vegas Rocks! Magazine Music Awards at the Joint inside the Las Vegas Hard Rock Hotel & Casino on Sunday, August 25th. For more information:
www.vegasrocks.com.

Jon has made some recent guest appearances on several new CD releases: Acoustic guitarist Jeff Pevar's debut album 'From The Core'; French keyboardist/composer Jean Philippe Rykiel's new CD 'Inner Spaces'; and guitarist Dennis Haklar's debut CD release 'Lizard Tale'. Says Jon, “With the internet my musical world has evolved to an amazing degree, one day I'm singing with a Brazilian dude, the next day with peeps in Liverpool, the next creating a Symphonic work with a mate in India...then singing with Steve Layton 'down under' – it's an endless musical world!” Jon is currently recording new material, including the follow-up to his critically acclaimed 21-minute opus “OPEN” from 2011 titled “EVER”.