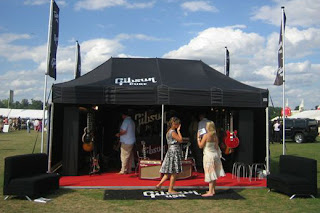 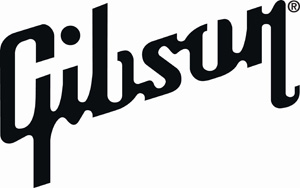 Come along to the Gibson Guitar Experience to learn guitar, perform on a cyberstage and see guitar demonstrations throughout the day. Not only that, but each day visitors will be filmed and edited into a montage to be uploaded to YouTube.

Gibson will also be presenting the amazing new self-tuning Min-ETune™ guitar, an automated system that tunes your guitar in seconds so you can spend more time playing.
The Gibson Guitar Experience is located on the Village Green. Visit them and amaze your friends with your guitar skills!

Furthermore, each day visitors will be filmed and will have the chance to appear on Youtube!
Gibson will also present the new self-tuning Min-Tune Guitar.
For Further Info please visit the official website here:

It's Official: Clapton is the Greatest

Silverstone Classic fans have hailed Eric Clapton CBE as the greatest guitarist in the history of rock music. Voters placed Clapton ahead of other guitar legends Jimmy Page, Slash, Angus Young, Pete Townshend and Keith Richards in a special on-line poll hosted on the official Silverstone Classic website.
“In total, nearly two thousand votes were cast and it’s clear from the results that Silverstone Classic fans are just as knowledgeable about classic rock guitarists as they are about classic racing cars,” said Nick Wigley, Event Director. “I’m sure they will enjoy this year’s amazing line up of rocking and racing which includes The Hollies plus some of Europe’s top tribute bands playing the music of Pink Floyd, The Eagles and Guns N Roses as well as 24 fabulous races for the world’s finest racing cars from past generations. I’m not sure what sounds best: the roar of a Ferrari V12 or a well-known Gibson guitar riff.”

Silverstone Classic’s exciting partnership with Gibson Brands not only puts the spotlight on the performing bands but also has given this year’s festival goers a chance to win one of three amazing Gibson SGJ guitars.

The first of these fabulous prizes has already been awarded to a lucky Londoner – Hari Denton – who was drawn from those voting in the on-line poll. He will be presented with his Gibson SGJ guitar on the main stage at Silverstone on Saturday 27 July.
Posted by Jon Kirkman at 17:19